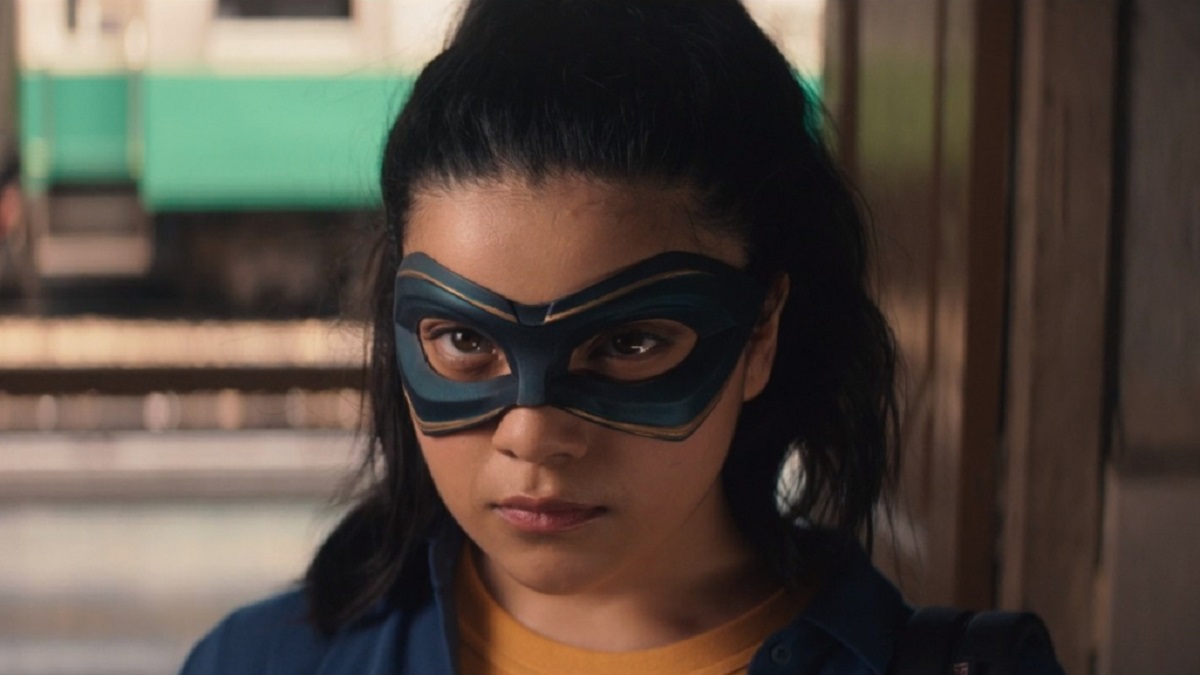 Even though there’s a lot going on in Ms. Marvel episode four, “Seeing Red”, we still we don’t learn a whole lot more than we did last week. It’s kinda par for the course with these MCU Disney+ shows, which almost always spin their narrative wheels in favor of some rote action and character development in their fourth episodes. I’m not mad about it. I’m happy to spend more time with Kamala, her mother, and her grandmother for the best part of an hour, before Kamala gets a shot at some real-life driver’s ed in a pretty fun chase sequence. Plus, I’m pretty sure that episode five will deliver quite a lot in terms of story resolution, as it looks like we will get to actually see what really happened to Aisha during Partition without the aid of flashbacks, which is likely a good move if the series doesn’t completely undersell the horrifying nature of it when telling her tale.

In “Seeing Red”, Kamala and her mother travel to Karachi to visit with her elderly Nani, so Bruno, Nakia, and the rest of the Khans sit this one out. Muneeba has a strained relationship with her own mother because her fantastical “theories” swamped Muneeba’s childhood experiences and made her feel isolated, but it’s clear that they still have a strong connection and could be close to patching things up, especially if some of those “theories” turn out to be true in the very near future. At this point in her life, Nani seems to have ceased trying to explain them, hinting to Kamala that less of that stuff is important compared to the real outcomes of the bangle’s power, and that they can probably figure it out together, but saying “If you have lived like I have, lost what I have, you learn to find beauty in the pieces.” I’m not crying, you’re crying. I remain stoic and unaffected! And if you claim otherwise, I shall see you in court. Good day! Sniff.

After some family visits and tourist activities with her cousins, Kamala makes her way to the train station in Karachi to do some investigating, where she wears her new mask for the first time. Thrilling enough, but we’ll have to wait until at least next week before we finally see her fully costumed up. There’s also a nice little Avengers connection at the station, where a mural celebrates the moxie of Ant-Man. Scott Lang really is gonna be the glue holding Phase 4 together, huh?

There’s no time to think too hard about it, because Kamala is soon ambushed by Kareem (Aramis Knight), aka Red Dagger. He has sensed Kamala’s Noor power, and has assumed she’s a Clandestine. We then get a little “mistaken identity” battle between them that feels a little flirty, and that continues as they trade barbs later on. Is the love triangle between Kamala, Bruno, and Kamran turning into a love square? I’m here for it honestly.

A vibrant scene with the Red Daggers then fills us in on a little bit of Clandestine nonsense. Since Kamala is still stuck on the hard-to-swallow thought that she might in some way be a classic djinn from various tall tales, Red Dagger leader Waleed is here to knock that away by saying that if Thor landed in the Himalayas, he would have been labelled a djinn, too. Things get a little more negative zone-y as Waleed explains how our dimension and the dimension that the Clandestine come from are layered on top of each other. If the Clandestine succeed in pulling down the Noor veil that separates them, we’re all screwed. The stakes are now pretty high for Kamala, who must learn Aisha’s secret and how to properly control the Noor energy. We learn that because she’s part human, that may give her an advantage. We’ve also seen that Kamala may be able to travel to the other dimension using her power, and I wonder if that will be where Ms. Marvel’s final battle takes place.

Meanwhile, the Clandestine easily escape from the DODC’s supermax jail and make their way to Karachi, abandoning Kamran along the way for betraying them. This all leads to an extensive chase sequence. We’ve seen a lot of chases in the MCU, but at least this one feels a little fresh thanks to its backdrop. At no point did I feel Kamala was actually in danger, though. The show’s peril is largely neutered with the knowledge that Kamala will go on to feature in next year’s The Marvels. Waleed is the one who bites it instead while trying to save Kamala and Kareem. RIP Waleed, we hardly knew ye. We literally hardly knew ye! But ye were probably a lot cooler than an exposition dump avatar, in another universe.

When Kamala and Najma tussle, the bangle gets a blade stuck in it and Kamala is transported to Partition. We can now hopefully find out what happened to Aisha. My guess is that when she betrayed Najma and used the bangle to help her human family escape instead of her Clandestine one, Aisha either got straight up murdered by Najma, or got stuck between dimensions. Ms. Marvel will surely reveal this backstory next week, and it’s likely to affect Kamala deeply. I’d really like to see Muneeba and Nani find out all these secrets, too – three generations of women finally brought together by the truth.