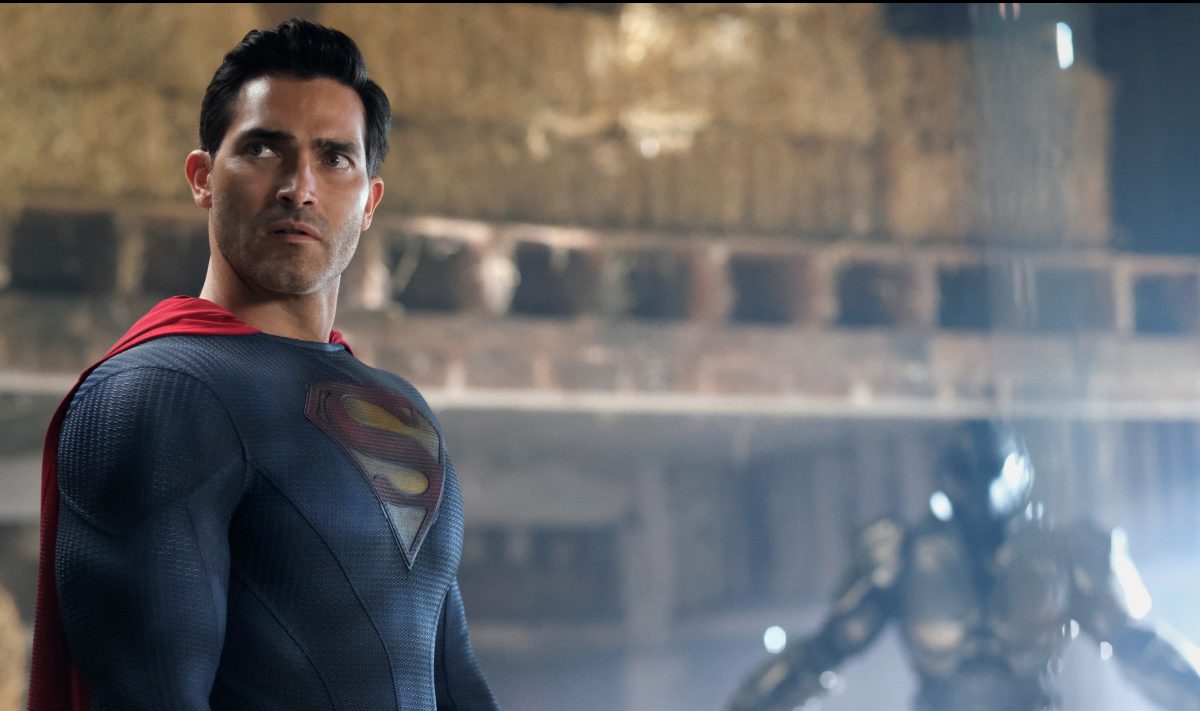 Ever since Superman & Lois launched in 2021, there has been speculation about its specific place in the Arrowverse. Over the last near-decade, fans have become accustomed to the various CW DC TV shows being fairly interconnected. And not just in terms of crossovers, but maintaining their intricate continuity and referencing events on neighboring shows.

But things have always felt a little different in Superman & Lois’ corner of this world, from its more “widescreen” aesthetic, the more serious tone, the recastings of existing DC TV characters, and more. It’s been easy to wave away most of these questions, as Crisis on Infinite Earths dramatically altered DC TV continuity, so when, for example, a new Morgan Edge showed up on Superman & Lois, one wholly unrelated to the version we got on Supergirl a few years ago, it just seemed like a result of the reality-altering shenanigans that were a hallmark of Crisis. The lack of guest appearances from other CW heroes seemed like more of a practical concern, since so much of both of these seasons were created during the height of the pandemic, where large-scale crossovers weren’t as practical as they were in the recent past.

But it turns out that Superman & Lois doesn’t take place on the “Earth Prime” of network-mates like The Flash, Supergirl, Batwoman, and Legends of Tomorrow after all. The reveal came via a single line of dialogue from Sam Lane in the Superman & Lois season 2 finale. As he tells Jonathan and Jordan Kent about why their father is going to conquer the seemingly insurmountable threat of the Parasite twins merging their world with Bizarro World, he makes a reference to all the heroes he has seen elsewhere in the multiverse, and that “even though we only have your father on this planet” they shouldn’t lose hope, because Superman is the greatest of them all.

That “only” is sure to raise some eyebrows with DC TV fans about Superman & Lois’ place in the Arrowverse, and showrunner Todd Helbing filled us in on what this actually means for the show. For one thing, there were initial plans for the show to tie more immediately into the Arrowverse from the get-go, but that changed before the pilot was filmed.

“[In the original pilot script] there were a lot of references to Crisis on Infinite Earths, with the boys going from infants to teenagers and how Clark was disconnected from them because of that,” Helbing tells us via Zoom. “But when…we’re trying to just launch a show, and cast the widest net we can, some of this stuff is so esoteric that it might confuse people more than help them.”

But at the time, there were still plans for the show to exist more firmly within the main Arrowverse world, including a crossover with Batwoman that never ended up happening because of the restrictions placed on filming during the pandemic.

“I think because of the pandemic, and just our want to really just be our own show, and really put our own stamp on the Superman mythos, all those references got stripped out,” he says. “I had a conversation with DC, in season one about us not being on the same planet, as the rest of the Arrowverse, but I couldn’t tell that to anybody, because I was asked [to hold it] until the finale. DC is unbelievably awesome to work with, but they’re a big corporation with a lot of balls in the air….but certainly the fans over the seasons had a lot of questions [and] they were becoming frustrated. I wish we could have told everybody sooner, but we just couldn’t.”

Helbing doesn’t have any regrets about the decision to place Superman & Lois in its own corner of the multiverse, though.

“I think it it maybe turned out to be the best decision for the show,” he says. “It doesn’t mean that we can’t have people show up at some point. It’s comic book show, right? We can have an explanation of why, let’s say Flash would show up. But I think for the best version of the show, it needs to have it stand on its own legs and be on its own Earth.”

Of course, there’s one small problem here. John Diggle already appeared in season one (and appears once again at the end of the season 2 finale). But his season one dialogue specifically referenced Oliver Queen, his knowledge of the multiverse, and much more. Helbing and the writers have thought this through, though.

“If you go back and watch it, his his lines can be taken in many ways,” he says. “If you dissect that, it’s this version of John Diggle, there was an Oliver Queen, and he was a hero. There were other heroes, but nobody had powers but Superman. When Superman showed up, he changed the game. And he is the one true [superhero] on the show. Sam’s whole speech, he’s seen other worlds he’s got a little window because of the DOD, but on this planet, there’s one dude, and that’s Superman.”

That doesn’t mean that there isn’t still a Superman on the Arrowverse’s Earth-Prime as far as we can tell, it’s just that Superman & Lois is on a new Earth that hasn’t been named yet. Maybe this is the new Earth-38?

We’ll have more from Todd Helbing about the secrets of Superman & Lois season 2 soon, here and on our DC Standom podcast!

This Forgotten Predator Game Was the Peak of NES Weirdness
Superman: Year One – Official Trailer (:15 version)
Which Secret Wars Will MCU Phase 6 Adapt?
20 PlayStation Games That Were Way Ahead of Their Time
What Uncharted Gets Right That So Many Video Game Movies Get Wrong