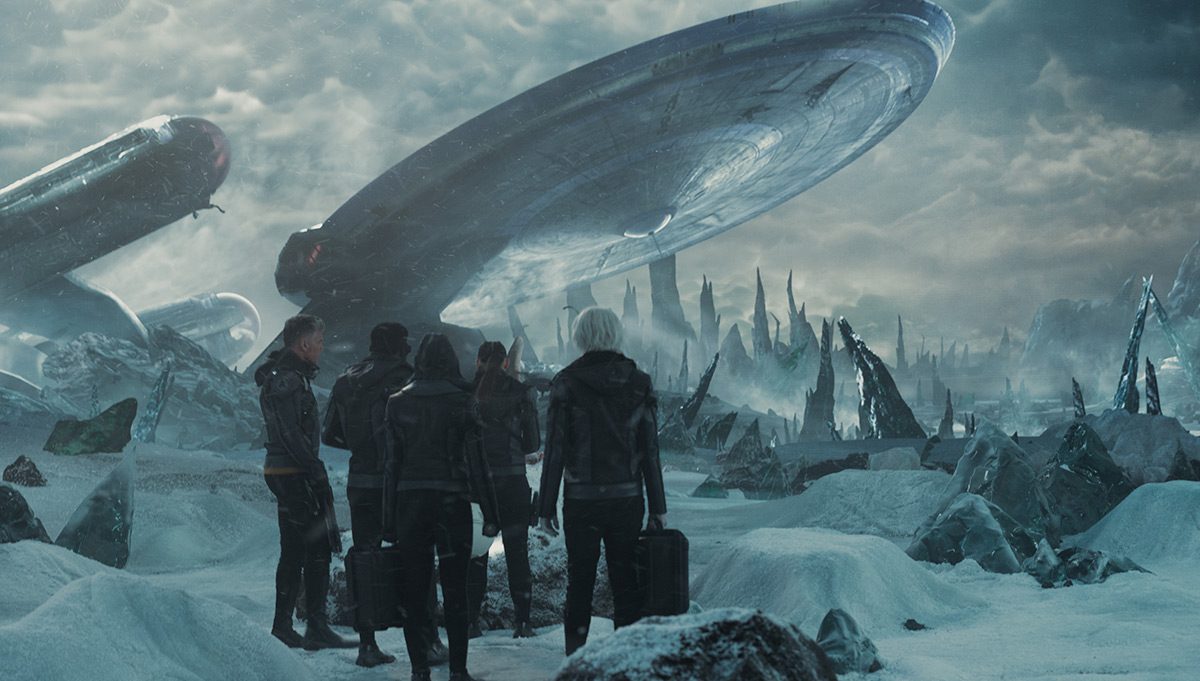 Captain Pike’s USS Enterprise never had a consistent chief engineer. While Scotty lovingly took care of the engines of the Enterprise during Captain Kirk’s five-year mission (and for at least two decades after that), Pike had a hard time keeping someone down there with the dilithium crystals consistently. And, in the newest episode of Star Trek: Strange New Worlds, that odd tradition continues with a heartbreaking death nobody saw coming.

Although Strange New Worlds seemed to establish a new fan-favorite chief engineer in the form of Hemmer (Bruce Horak), the ending of “All Those Who Wander” tragically finds Hemmer sacrificing himself to save the crew. After getting infected with Gorn eggs, Hemmer jumps off an ice cliff, presumably to freeze out the Gorn, and probably, never to return. It’s an unexpected gut punch from Strange New Worlds and a bittersweet farewell to a character who we were just starting to love.

In the context of Strange New Worlds, Hemmer’s death is clearly connected not only to the overall arc of the Gorn in the series, but this tragedy also informs his mentorship of Uhura (Celia Rose Gooding.) Throughout this season we’ve seen Hemmer and Uhura grow closer. While he’s stalwart in his commitment to Starfleet, Uhura has been wavering on her ultimate path. But instead of making her run away from Starfleet screaming, Hemmer’s death has the opposite impact on Uhura. The final shot of the episode shows her determined and excited to resume her familiar duties as the communications officer of the Enterprise.

But outside of the internal events of Strange New Worlds, and the new character arc for Uhura, the death of Hemmer will make longtime fans start wondering who will replace him as the chief engineer minding that warp core. We know Scotty was the chief engineer of the Enterprise by 2265 because he’s in “Where No Man Has Gone Before,” The Original Series‘ second pilot after “The Cage.” But Strange New Worlds is currently covering the events of 2259, maybe heading into 2260. So, are we five years away from Scotty, or is Scotty coming aboard the Enterprise sooner than we ever expected?

Early on in the 2019 novel Star Trek: Discovery: The Enterprise War, by John Jackson Miller, we find Pike reflecting on the revolving door in engineering. Here’s a section straight from the book: “People came and went often taking personnel with them; sometimes they even came back. Kursley, Marvick, Grace, Burnstein — even Transporter Chief Pitcairn briefly had filled the top slot for a mission. Caitlin Barry had been the most recent chief engineer to depart…” In that book, the latest chief engineer is named Galadjian, who also doesn’t last.

While not 100 percent canon, that novel happens in 2256 and occurs somewhat parallel with Discovery season 1. By 2257, in Discovery season 2, Number One and Pike discuss an engineer named, Louvier, who apparently really, really loves the Enterprise. But clearly, he didn’t stick around until 2259. Strange New Worlds made it a point in “Children of the Comet” that Hemmer was the new chief engineer of the ship. In fact, we see him beam aboard the ship for the first time in the pilot, meaning the position had just become vacant.

So, what’s next? Will Strange New Worlds season 2 introduce yet another interim chief engineer? Will the role of chief engineer in Strange New Worlds become like the role of captain in the first three seasons of Discovery? Nobody ever thought that contemporary Star Trek would turn into everyone simply waiting for Scotty, but here we are. And we can’t take much more of this!