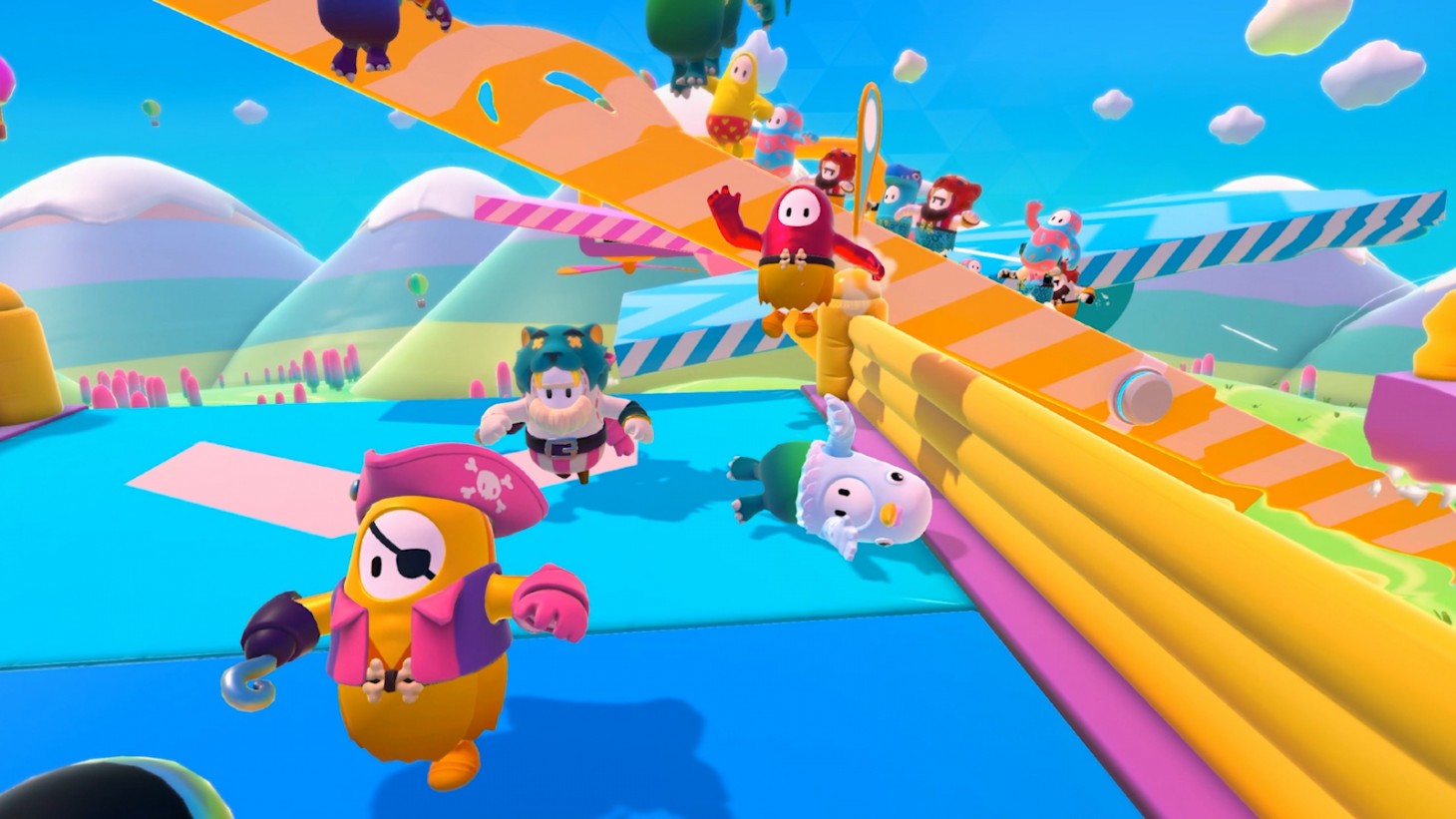 Fall Guys was initially envisioned as a video game version of the Japanese show Takeshi’s Castle (or as it is better known overseas, MXC: Most Extreme Elimination Challenge). So, while Fall Guys isn’t a standard battle royale, the game still stands alongside genre champions such as Fortnite. Actually, those two games recently aside their differences and have joined forces in the name of comradery and cosmetic rewards. Granted, it’s pretty easy for those games to join forces and co-host a collaboration event given that they’re both now published by Epic Games.

Currently, Fortnite is holding a special Fall Guys-themed crossover event (or is it the other way around?). By completing different challenges in Fall Guys, participants can earn rewards for Fortnite, as well as Rocket League and Fall Guys itself. These tests of skill and balance, which can be found in the “Challenges” section of the main page, are part of Fall Guys’ ongoing Crown Clash event. While Fall Guys doesn’t list the rewards players can earn in Fortnite, it at least tracks progress, so when competitors earn one prize, they earn them across the board.

If you’re looking for a relatively quick summary of the whole thing, here are the challenges included as part of the event and the rewards you’ll unlock for completing each one:

Since participating in each of Fall Guys’ obstacle courses and arenas counts as a round, and the challenges only say “play x rounds,” the best thing you can do is keep queuing up for matches. Win or lose, any game time counts towards progress. However, the clock is ticking. The Crown Clash event, its challenges, and related prizes will only stay active until July 11. Furthermore, particpants need to link their Epic Games accounts to all three games before they can start earning prizes.

While gamers can participate in the Crown Clash to earn Fortnite and Rocket League prizes, that’s not the only ongoing Fall Guys event. Players can also participate in a Halo-themed event: the Spartan Showdown. That event revolves around another game mode, also called Spartan Showdown, where players team up to win rounds. It sounds a lot like the Duos Show mode, but the twist is that players can chuck bombs at each other as part of that mode.

That event comes with its own challenges, such as throwing bombs and retrieving lost helmets in different arenas, as well as Halo-themed prizes. However, the main takeaway is that each Spartan Showdown round counts as a normal Fall Guys round, so players can earn the Major Mancake skin in Fortnite while also trying to snag a fancy pink Spartan helmet with cat ears. It’s a win-win, kill-two-birds-with-one-stone bonanza. However, Spartan Showdown only lasts until July 4, so gamers should really hurry to participate in it while they can.

Also, anyone who logs into The Master Chief Collection now can also get a cute Fall Guys-themed backpack for the Halo 3 multiplayer component. Just go to “Options and Career,” then select “ Customization,” and start editing the armor for Halo 3. The cosmetic will be in the “Back Accessory” section as “Bean-117.” Players can even change the little guy’s color with the secondary color option, but only Spartans can wear him (sorry Sangheili fans).