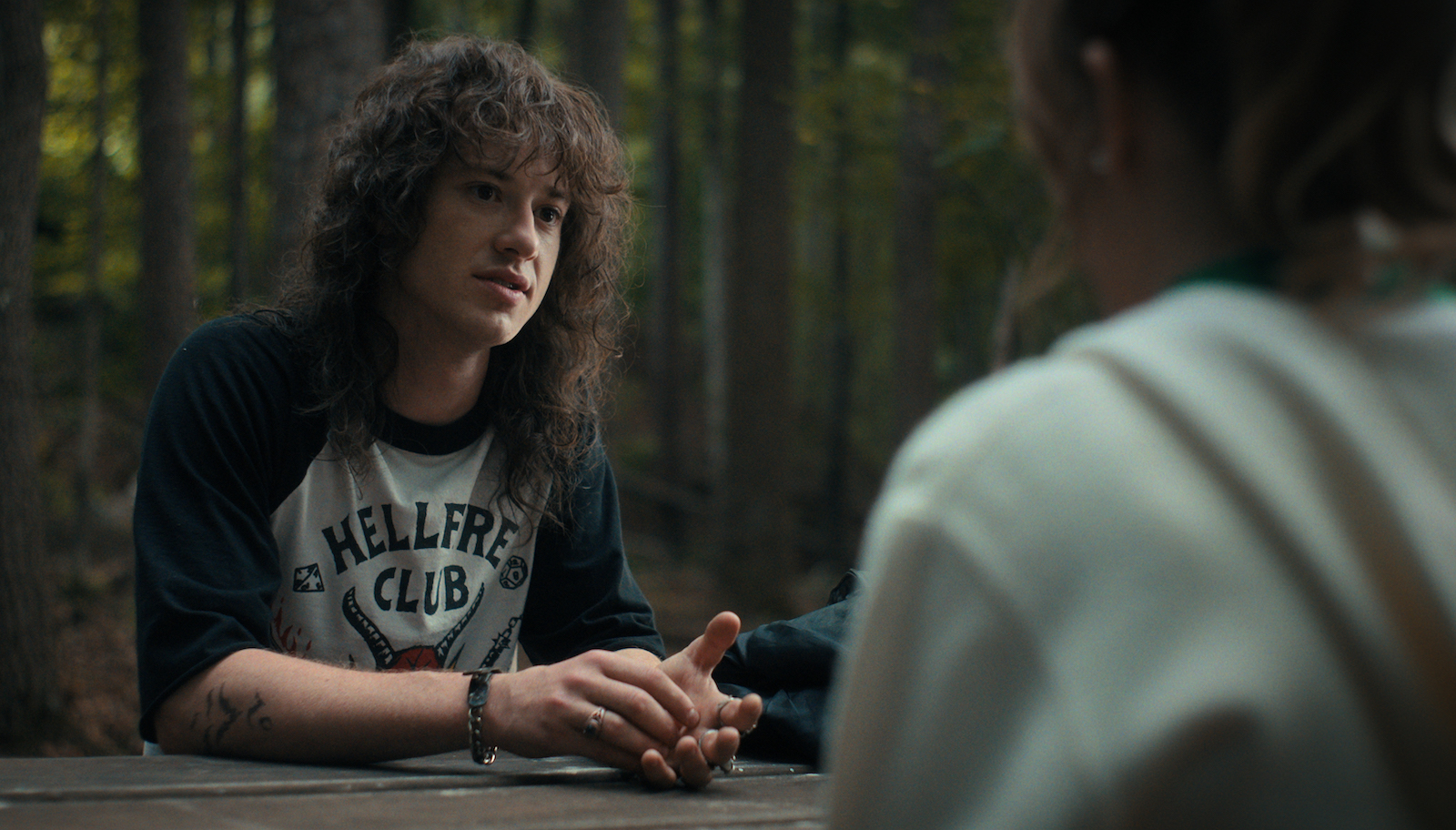 Look, we know Eddie Munson, the Stranger Things character played wonderfully by actor Joseph Quinn, already sports the magnificent hair of an ‘80s guitar player, so his bat-distracting guitar solo in the season 4 finale is completely believable on its own. However, it turns out that hints about his shredding ability were only able to be dropped into earlier episodes because of production delays relating to COVID-19 according to co-showrunner Matt Duffer, making Eddie’s Metallica homage that much more epic.

As with any television show, the pace of production is normally quite grueling, and details that show up later in the season can’t always be hinted at early on. “On a typical Stranger Things season, we’re writing the scripts while the show is also in production, which is highly stressful,” says Duffer. “It’s good in a way because it feels as though you have a gun to your head and you gotta go! There’s no time for you to second guess anything or for executives to second guess anything. It’s just going, and we’re running.”

But with filming in limbo during the pandemic, the Stranger Things season 4 scripts languished awaiting a return to set. However, this didn’t inhibit the Duffer brothers’ ability to finish writing the season or to make revisions and add more details. “I actually did enjoy the process this year in the sense that we were able to look at it as a whole piece by piece, and we were able to do things that we weren’t before,” says Duffer.

This presented the unique opportunity to flesh out the head of the Hellfire Club, depicting Eddie not only as a skilled dungeon master but also as an expert guitar player. “We realized we wanted Eddie to have this massive, epic guitar solo on the top of his trailer, which plays a part in the plan to defeat Vecna,” admits Duffer. “But we hadn’t really set him up as a musician. So this allowed us to go back and plant all of that in the earlier scenes, and it led to us rewriting a scene with Eddie and Chrissy in the woods which turned out to be a hugely important scene.”

The revisions not only foreshadowed Eddie’s Metallica cover; they also helped round out Chrissy and her history with Eddie. “In the first draft of the script, it was more or less an awkward drug deal scene where Chrissy was trying to get drugs from him,” says Duffer. “It was more of a plot device of how she ends up at his trailer and dead inside of his trailer. And then we found — just through the act of trying to introduce him as a guitarist — an opening to really explore both his and Chrissy’s character in a way that I think is one of the reasons as many people fell in love with Eddie as they did.”

Stranger Things season 3 highlighted Limahl’s “Neverending Story,” and season 4 undoubtedly boosted interest in Kate Bush’s “Running Up That Hill.” But Eddie Munson’s guitar solo from Metallica’s “Master of Puppets” was uniquely instrumental in shaping a character’s development as well as the relationship he had with others in the show. Not a bad use of pandemic downtime, Duffer brothers!

World of Warcraft Classic: Best WotLK Addons to Download
The Last of Us HBO Series Trailer Reveals Nightmarish Clicker Designs
Quantum Leap Showrunner Has a Secret Plan for Original Star’s Return
Wrath of the Lich King Classic: How Long Does it Take to Reach Level 80?
MST3K Season 13 is Embracing the Chaos