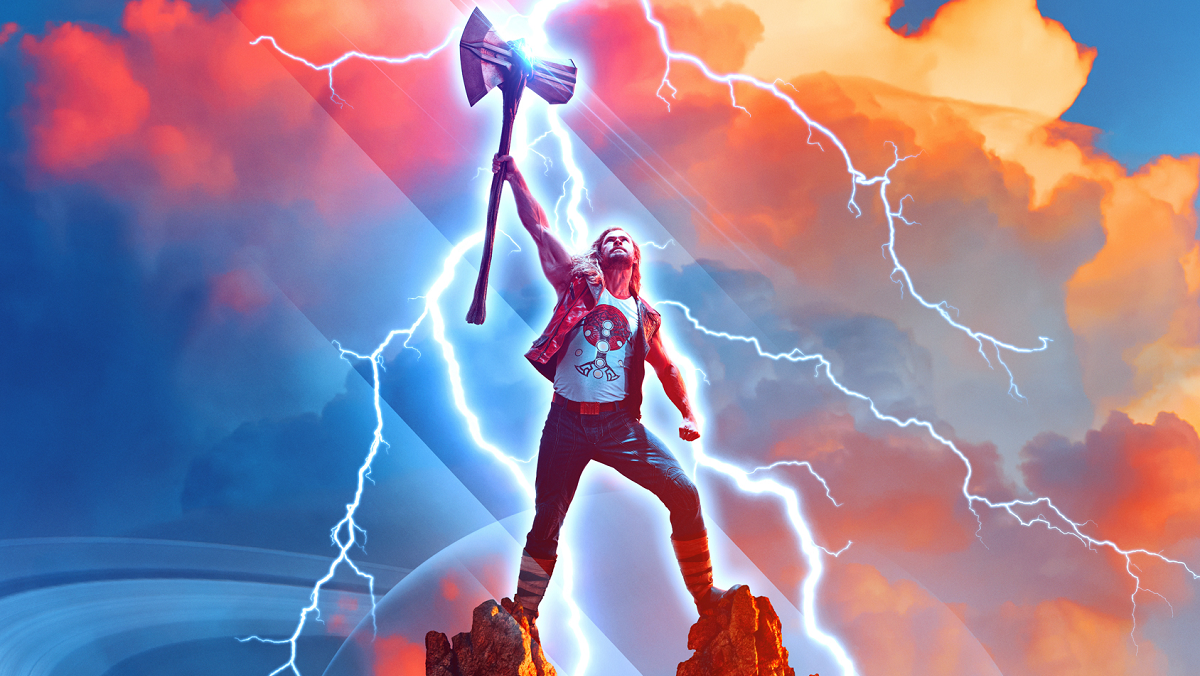 Even more than his previous outing with Thor: Ragnarok, Taika Waititi’s Thor: Love and Thunder takes the titular Space Viking beyond the previously established boundaries of the Marvel Cinematic Universe. From wandering across the stars with the Guardians of the Galaxy to coming face to face with Eternity, the embodiment of the MCU itself, Thor found his new purpose in the most unlikely of places.

But like all other MCU movies, the end of the story is not the end of Thor: Love and Thunder. With an end-credit sequence and a post-credit sequence following the main narrative, the movie gestures toward the God of Thunder’s next adventures.

How Many Post Credit Scenes Does Thor: Love and Thunder Have?

Like most MCU flicks these days, Thor: Love and Thunder has two scenes worth sitting through the credits for. There’s the slightly more substantial/impactful mid-credits scene, followed by a book-closing post-credits scene at the very end, right before the house lights go up.

He’s here, he’s there, he’s every-fucking-where – even in Omnipotence City. While Thor: Love and Thunder has plenty of laugh-out-loud moments, the biggest chuckle for my audience came with the revelation of Hercules, the Prince of Power, played by Brett Goldstein, best known as the foul-mouthed footballer Roy Kent on Ted Lasso.

The Thor: Love and Thunder mid-credit scene finds Zeus complaining that superheroes get all the praise once heaped upon gods, and thus vows to give them a superhero in the form of his son, the demi-god Hercules. For comic book fans, Hercules’ arrival has been a long time coming. Since the character’s first proper Marvel appearance in 1965’s Journey Into Mystery Annual #1, Hercules has been a rival to Thor.

Although Herc has had his own ongoing comics (notably the excellent Incredible Hercules series), he works best on team books. Over the years, Hercules has served in the Champions (the team that preceded Kamala Khan and Miles Morales team, with Black Widow and Ghost Rider) and the Avengers. Most recently, Herc joined the Guardians of the Galaxy, after helping the team defeat Zeus.

While Herc’s appearance certainly thrills comic book fans, it does raise some questions. First of all, there’s the issue of the character’s personality. The Thor of the comics best matches the character seen before Waititi came aboard. Sometimes haughty and certainly good-natured, Thor tends to be noble and regal. Those same comics portray Hercules as an ebullient adventurer, one who boldly bounds into every escapade with a wink and a smile. In other words, the Thor of the movies has the same personality as Hercules of the comics.

Then there’s the issue of Hercules’ sexuality, which shouldn’t be an issue at all if Marvel’s parent company Disney had any guts. Despite some occasional backpaddling by editorial, Hercules is canonically bisexual, having been in relationships with Mockingbird, Marvel Boy, and more. The MCU has been willing to include some characters that aren’t straight (see Eternals, Loki, and even Love and Thunder), but too often minimizes their romantic aspects.

Unfortunately, the two seconds of screen time devoted to Hercules don’t give us much indication of how the character will play in the MCU. However, the casting might answer the question of Thor’s personality. On Ted Lasso, Goldstein finds depth and humor in a character known for his stoicism. Should they decide to swap the personalities and give Herc Thor’s comic book personality, Goldstein will be equal to the task of making the party-pooper entertaining.

At first glance, Thor: Love and Thunder’s end-credit sequence seems fully inconsequential, especially compared to the sequence that preceded it. Instead of introducing a new character, the end credits say goodbye, as we see the newly departed Jane Foster arrive in Valhalla. Although strangely empty for an afterlife that should be pretty full after attacks by Surtur and Thanos, the one face greeting Jane is a familiar one. Heimdall, last seen being killed by Thanos at the start of Avengers: Infinity War, greets Jane and thanks her for helping his son Axel.

For comic book readers, Jane’s resurrection isn’t that much of a surprise. In 2018’s Mighty Thor #706, writer Jason Aaron and penciller Russell Dauterman, gave us the end of the Mighty Thor’s story, in which Mjilnor finally sapped away all of her chemotherapy and the cancer took her. However, Jane came back immediately, even by comic book standards. Although no longer the Mighty Thor, Jane still did her part during the multi-realm attack by Maliketh the Dark Elf. In current continuity, Jane fights on as a member of the Valkyires.

In the MCU, the final post-credit scene in Love and Thunder may be anticlimactic, but nice, one last goodbye to characters who had been part of the Thor franchise from the beginning. But on a meta-textual level, the scene features two actors who seemed adamant that they wouldn’t be reprising their roles. Behind-the-scenes reports suggest that Portman was unhappy about Marvel’s treatment of the original Thor: The Dark World director Patty Jenkins (who would go on to make both Wonder Woman movies), resulting in her absence from the MCU films that followed. For his part, Heimdall actor Idris Elba posted a farewell to his character on Instagram, suggesting that he would not return after Infinity War.

When looked at from that perspective, the post-credit scene reminds viewers of a maxim well-known to comic book readers: in superhero stories, no one is ever dead for good. Jane and Heimdall seem gone for now, but they may be back again.

We don’t yet know how or if these moments will affect the God of Thunder. But as Love and Thunder demonstrates, Thor is more than willing to face any challenge, no matter how odd.