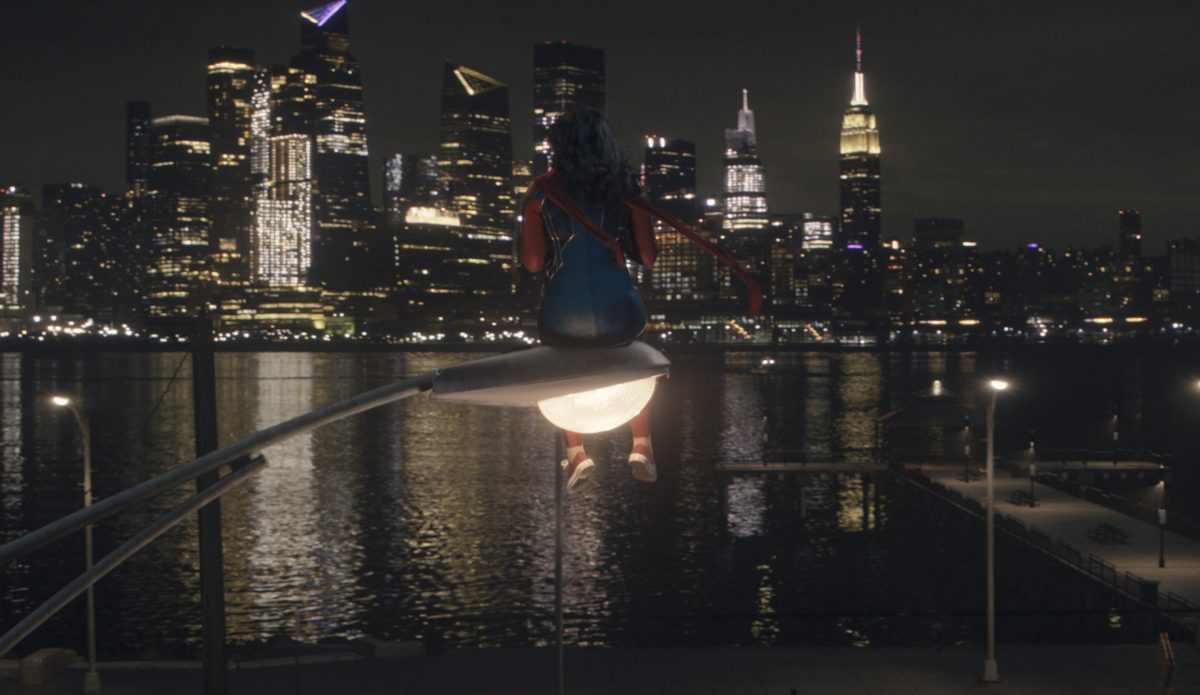 Well, it finally happened! While they didn’t actually say the word “mutant” we now have our first, undeniable, canonical mutant in the MCU, and it’s Kamala Khan. But wait, let’s back up for a moment…

Throughout Ms. Marvel, there have been a series of mysteries surrounding Kamala’s powers. At first, the show wanted us to believe that the bangle was the source of her light-based powers. But then it was revealed that because of Kamala’s ties to the Clandestine, and their connection to the Noor Dimension, that it was her lineage that allowed her to channel that power via the bangle. In other words, Kamala’s powers were inborn to some degree, and the bangle just helped her unlock them. But in the season finale on Disney+, Ms. Marvel episode 6 revealed that there’s something else behind Kamala’s power, and it’s the first official, major signpost to the X-Men coming to the MCU.

Is Ms. Marvel a Mutant?

“We know why you have access to the Noor and how you can wield it,” Bruno tells Kamala in the closing moments of the episode, “But when I compared you to the rest of your family something still seemed off…there’s something different in your genes…like a mutation.”

If you listen closely right after Bruno utters those words, you’ll hear a quick tease of the X-Men: The Animated Series theme song (the second time Marvel Studios has deployed that famous bit of music, the first being when Patrick Stewart showed up as Charles Xavier in Doctor Strange in the Multiverse of Madness). So it would seem that Kamala might have been destined to develop superpowers anyway, as the x-factor in someone’s genes usually makes their powers manifest during adolescence.

With that in mind, we have to look at how Kamala used her powers in this episode. We finally got to see her “embiggen” (and she said the word!), which was a dramatic departure from the other ways she’s used the light powers throughout the series. Is the fact that Kamala is in fact a mutant teasing the fact that she might have developed her more comics-accurate powers (where she physically shifts her mass) anyway, independent of the Noor and the bangle? It’s possible!

What About The Inhumans?

In the comics, Kamala’s powers were activated after a Terrigen bomb detonated over the New York metropolitan area, and the mist made its way to Jersey City. Any human who had latent Inhuman DNA in their genes found themselves activated with wild and unpredictable powers. So then why did the MCU change Ms. Marvel’s origins from being linked to the Inhumans to being linked to the X-Men? It’s kind of a funny story…

At the time of Ms. Marvel’s creation, there was an active push in Marvel Comics to prioritize the Inhumans as a major force in the Marvel Universe. Why? Because the powers-that-be saw them as a potential stand-in for the themes and weirdness that often come along with the X-Men. Since this was happening as the MCU was becoming more and more culturally dominant, there was an effort to make the comics align a little bit more thematically and visually with the ascendant Marvel movies and TV shows. As this was before the Disney/Fox merger, the very notion of “mutants” wasn’t available for the MCU to use on screen, as 20th Century Fox still owned all the screen rights to all related concepts.

Marvel Studios had an Inhumans movie in development for several years that never got off the ground. This eventually shifted over to their TV division, and led to ongoing Inhumans-centric storylines on Agents of SHIELD, and eventually the infamous Inhumans TV series as well. There were clearly hopes for some brand synergy by making Inhumans lore central to the comics as these same concepts were being introduced onscreen. This isn’t to say that there was ever a plan to make Kamala a mutant in the comics, as that almost certainly wasn’t the case. But Kamala’s Inhuman comics origin is by far the best, most important, and long-lasting legacy of this weird period in Marvel history.

Needless to say, it’s amusing that after Kamala was first created during a period when the comics were actively trying to downplay the importance of mutants, her TV origin has been tweaked to make her the very thing Marvel was once trying to avoid…just in time for them to begin introducing mutants and the X-Men to the MCU.

Are There Other Mutants in the MCU Already?

“Whatever it is, it’s just gonna be another label,” a wise beyond her years Kamala tells Bruno in response to his bombshell about genetic mutation.

It’s tough to get a read on what this means for mutants in the MCU. Kamala’s response seems to indicate that the term “mutant” isn’t something that’s widely in use yet in this world. But even if that’s the case, it doesn’t have to mean that Kamala is the first mutant in the MCU, or even necessarily part of the first generation of mutants.

It’s likely that mutants have always been around, but kept to the shadows out of fear of persecution. That’s how it was established in the comics, at least. If Marvel Studios is really going for a slow burn with their introduction of these concepts (and eventually the X-Men), they may take a different approach. We might get to watch the story of the first generation of mutants as they discover their powers, as society reacts to their emergence, and much more. Only Kevin Feige knows for sure, and perhaps we’ll learn more at Marvel Studios’ big San Diego Comic-Con panel on Saturday, July 23.

How do you think things will go for mutants and the X-Men in the MCU? Let us know in the comments!