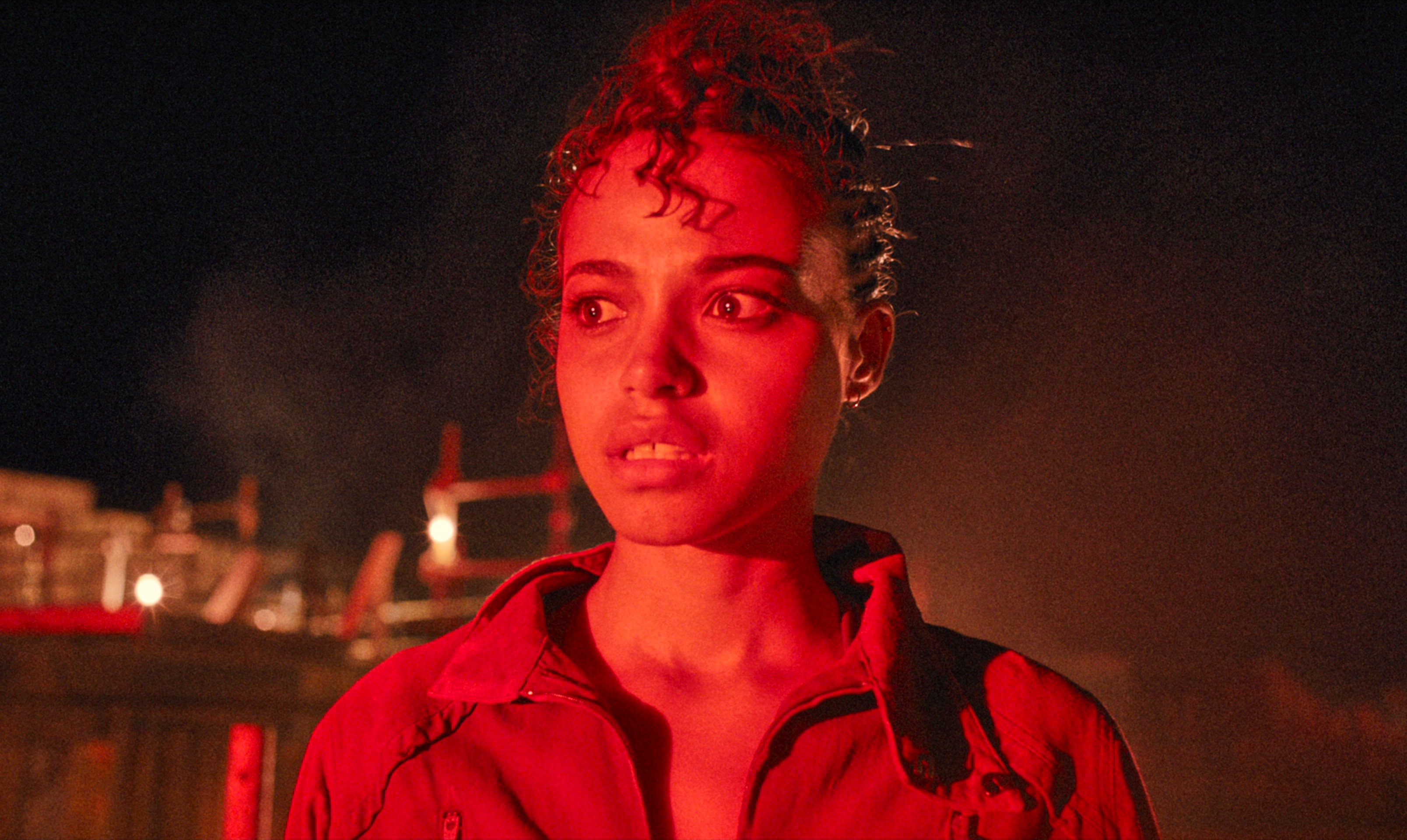 Netflix’s take on Resident Evil is unlike any other adaptation of the long-running game series. Not just in its change of format but in its approach to blending the franchise’s zombie-ridden world with a semi real-world setting in which everyday conversations run the gamut from Covid-19 to Dua Lipa. It’s a strange cocktail of a show that can be patchy and imbalanced at times, and yet oddly fun, irreverent, and surprising as well. This show is all over the place, which makes it quite similar to the game series it’s based on, perhaps unintentionally so.

Before going any further, the most important thing to note is this: If you’re a fan of the games, the show gets better as it goes. The most intriguing aspect of the story is that it builds on the lore of the games quite deliberately, and in ways you wouldn’t expect. This isn’t exactly obvious in the first couple of episodes, which seem at first to convey that this is a completely unrelated story to the games. But as you get deeper into the season, it becomes clear that the show is a direct continuation of the Resident Evil saga, centered on none other than Albert Wesker.

It’s a cheeky move to insert Wesker, one of the most iconic, over-the-top villains in gaming history, into the show as a seemingly mild-mannered suburban father who essentially lets his two daughters walk all over him. And yet, this is precisely how we meet him in the show, which should raise the eyebrows of longtime fans and mean, well, absolutely nothing to newcomers. Again, this is a show made for fans by fans, and to experience the story in full effect, the viewer should at this point be asking themselves, “Wait…didn’t he die in a volcano?”

It’s not explained until later why the traditionally murderous Wesker seems so uncharacteristically amiable and bland at first, and the revelation is a doozy. The mystery and confusion surrounding Wesker are perfectly embodied by the ever-enigmatic Lance Reddick, whose talents as an actor are stretched farther than ever as the story progresses and Wesker’s true nature is revealed.

The setup: It’s 2022 and Wesker brings his young twin daughters Jade (Tamara Smart) and Billie (Siena Agudong) to “New Raccoon City,” a sterilized utopia hiding a dark secret in the Umbrella Corporation’s research labs where Albert is lead scientist. Jade harbors a deep resentment for her dad for uprooting her life and lets him know it, though Billie is more forgiving, at least at first. As the twins begin uncovering the truth behind what’s really going on at Umbrella, their trust in him shatters.

And that’s only half the story, literally. The show jumps between two timelines, one in 2022 and one in 2036, which sees a 30-year-old Jade (Ella Balinska) fighting through a thoroughly zombified world in search of a cure for the outbreak that started back in New Raccoon City in 2022.

This Resident Evil is a family drama first and foremost, which is sure to turn off fans with certain, well-warranted expectations of the franchise. Much of the show is devoted to Albert and his girls working through their issues in their boxy, grey suburban house, and while the actors actually have great chemistry, viewers expecting a non-stop zombie kill-a-thon will be sorely disappointed.

The first half of the season drags in places, particularly when Albert’s arguing with his boss, Evelyn Marcus (Paola Nuñes), within the cold walls of Umbrella Corp. In fact, almost all of the secondary and tertiary characters come across as shallow caricatures, which makes their scenes feel like a waste of time. Some of the teen drama the girls grapple with at school feels a little aimless as well, but thank goodness Smart, Agudong, and Reddick are terrific together and elevate some of the weaker moments just enough to pull us through.

The character work is worse in the 2036 timeline. Balinska is terrific as an action hero, but most of the interactions with the other characters fall flat. The zombie killing kind of saves the day here—the action and violence of the future timeline is spectacular and more in line with what you’d see in the more action-oriented entries in the game series, like RE4, RE5, and RE6.

There’s a terrific gunplay sequence set in an underground prison/bunker midway through the season that feels out of place and bizarre, but in a great way. And Jade’s battles with zombified giant slugs, spiders, and infected armies propel the show forward when the dialogue driven scenes grow a bit tiresome. The creature design is a highlight overall, and Balinska is a natural badass and sells the threat of the human flesh-eating menagerie quite well.

The most disappointing thing about Resident Evil is that it’s really not scary at all. The best moments from the games are exercises in suspense, jump scares, and body horror that made the series an instant classic in the genre. The show never approaches this level of terror, though the revolting monsters do help to raise the queasiness factor at the very least.

It’ll be challenging for some viewers to get through the first few episodes of the season due to the slower pace and focus on the sisters’ teen drama. But there are surprises later on that tie the show to the games and allow Reddick to show his depth as an actor. There are some clever reveals that make use of the time jumps as well, though in general the writers could have done a better job of making corresponding scenes in the present and future mirror each other in more meaningful ways.

The show does a lot of work building on the story of the games and laying the foundation for future seasons should the show get picked up again. There are some definite weaknesses to be addressed here, mostly pertaining to imbalances in character development and tone. But if the show can fix these issues and really hone in on the horror elements, there’s potential for the series to grow into something longtime fans and new audiences alike can really sink their teeth into.