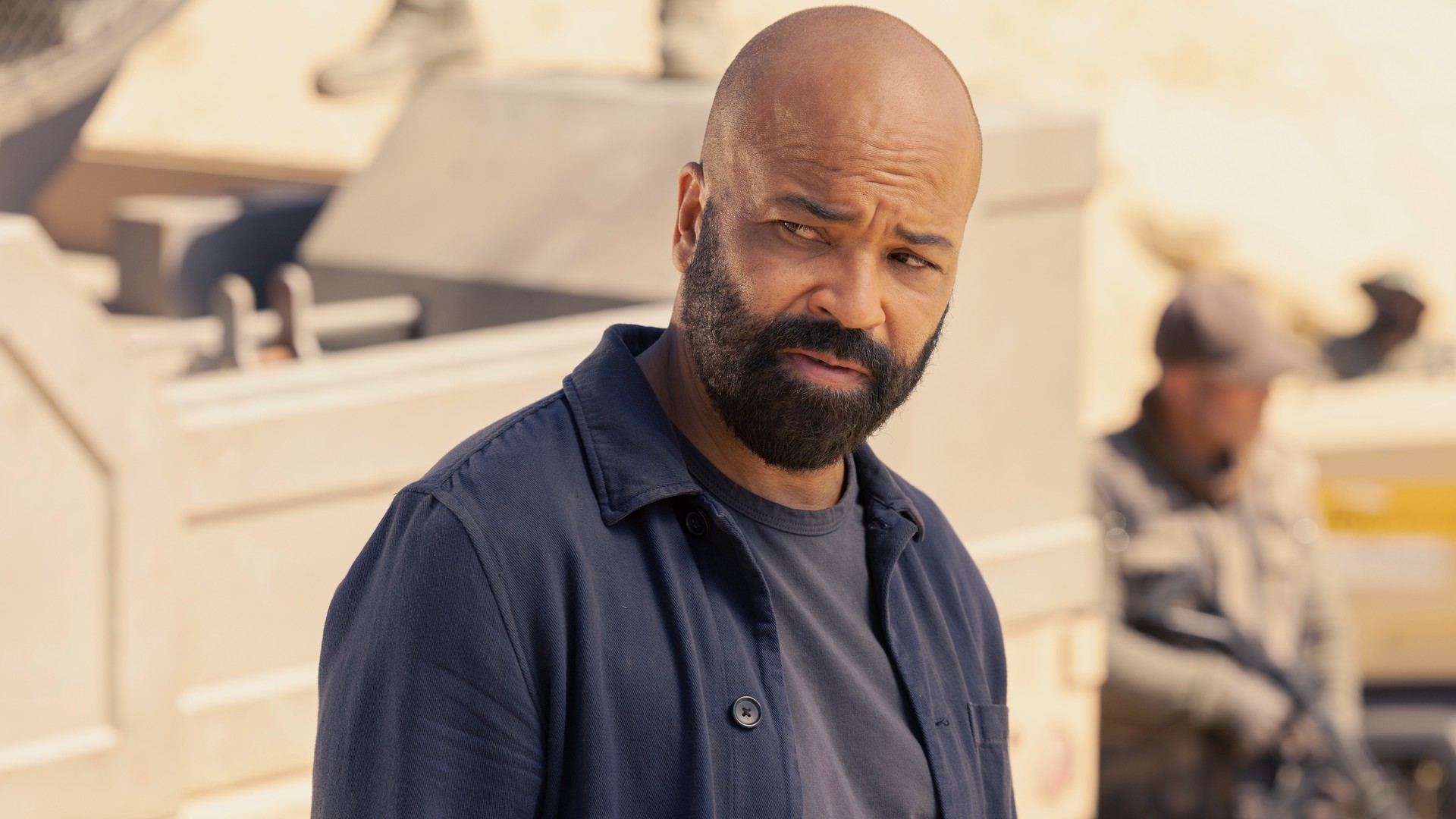 Through three episodes, the fourth season of HBO’s sci-fi epic really did seem like it was playing things straight. Series producer Lisa Joy was uncommonly straightforward in pre-season interviews, saying that this batch of episodes would take place seven years after the events of season 3.

“I was thinking (following up season 3) would be really challenging, so I just bypassed it and cut seven years into the future,” Joy told Den of Geek prior to the season’s release. “Telling the story of war wasn’t something that personally interested me for this season. Because, to me, war is brutish and terrible, and almost simple in its destructive horror. The thing that I wanted to study was the aftermath of war, and the scars that it leaves people with.”

Perhaps we should have been able to guess that Westworld had another trick up its sleeve based on the back half of Joy’s quote. For, as episode 4 reveals, Westworld season 4 isn’t content to examine the aftermath of war merely seven years in the future but far beyond that.

The conclusion of episode 4 reveals that the main plot of Westworld season 4 is actually closer to 30 years in the future with those seven years past bits featuring Caleb and Maeve operating as a sort of prologue that just happened to exist alongside the central narrative for four episodes. Allow us to explain the timeline shenanigans that Westworld just pulled off.

What Are The Westworld Season 4 Timelines?

All told, there have been three timelines operating in Westworld season 4, unbeknownst to the viewer. The first is the briefest and experienced via only flashbacks. Sometime between the events of season 3 and season 4 (so somewhere between 2054 and 2059 in the show’s continuity), Caleb (Aaron Paul) and Maeve (Thandiwe Newton) tracked down the supercomputer Rehoboam’s remaining terminals to destroy them and restore to humanity control over their own destiny.

Notably, however, when attacking the final terminal, Caleb is nearly mortally wounded. He receives a bullet to his stomach and Maeve is only just able to save him. Why include this portion of the timeline? Well, it might help set up some character motivation. Seeing Caleb almost die reminded Maeve of how fragile human life is and had her resolve to undertake all future dangerous work herself.

Unfortunately, the war once again comes to Caleb seven years in the future (~2060) forcing him and Maeve to work together again. This is the timeline that Westworld was pretending was the only timeline of the season for the first half. We are led to believe that all events are happening around the year 2060 but in reality it is only Caleb and Maeve’s adventures to take down Delos once and for all that occur then.

We know this thanks to Dolores/Charlotte Hale’s (Tessa Thompson) villain monologue to Caleb when she has him wounded and cornered at a detonation site on the outskirts of new Delos park, Golden Age. Dolores/Charlotte (remember, this being is a Dolores “pearl” inside a Hale host body) informs Caleb that humanity has already lost.  Charlotte and the Man in Black host (Ed Harris) defeated Maeve and killed Caleb. Now he’s just another host running through tests for “fidelity.” And oh yeah, this is the 278th test and it’s 23 years in the future. Sorry ‘bout that.

“It was always our intention to have this Caleb reveal,” Joy says. “The war was not ongoing, It was over and they lost. The great thing about telling a sci-fi story is that you get to not only examine people in the course of their lifetime, but you get to look at the entire cycles of civilization and how it evolves.”

That reveal takes Caleb’s plotline all the way up to circa 2083 where he exists alongside Christina (Evan Rachel Wood) and her mind-numbing job at Olympiad Entertainment. Funnily enough, it does seem as though the rest of Westworld season 4 will be content to operate on one timeline. It just took a circuitous route to get there.

Is Caleb a Host?

Yep. Much to the delight of Aaron Paul.

“It was just a jaw-dropping moment for me,” Paul says. “I was like ‘It’s happening! Oh, my God!’ I finally got to partake in this part of this world of this show, which was just so thrilling.”

Some questions do remain about the host version of Caleb though. While we have no reason to disbelieve Hale’s villain monologue (say what you will about a villain monologue but they’re usually pretty honest), it does seem curious that Westworld would introduce that first timeline that shows the (presumably) human Caleb getting shot in the stomach, only to recover completely offscreen, and then return to action only to receive a mortal stab wound in the same spot.

This could be simple narrative symmetry – a commentary on the cyclical nature of all our loops – or it could be something more. What exactly? I couldn’t tell you, but there is almost always something “more” on Westworld. Additionally, we find it curious that the host Caleb was able to briefly resist Hale’s mind-controlling flies even if it was only as part of his fidelity tests. These tests are supposed to replicate the events of a previous human’s life exactly. Why then was human Caleb able to conquer the brainwash bugs? Was it because he was already a host unbeknownst to him? And why would that matter in the grand scheme of Westworld’s plot?

We don’t know the answer to that but we are happy that Paul gets to finally portray a host.

Here’s a little peek behind the content curtain. In the weeks leading up to episode 4, HBO’s public relations team pushed interviews with actress Aurora Perrineau fairly consistently. It wasn’t quite clear why at the time as she was portraying a somewhat anonymous desert freedom fighter known only as “C.” Well now it all makes sense.

C is, in reality, the grown up version of Caleb’s daughter, Frankie (played by Celeste Clark as a child). When C was a young girl, Caleb taught her how to use a firearm. And now that training will come in handy in the techno-apocalyptic (or more techno-apocalyptic than usual) world that C finds herself in. C and her fellow soldiers have connected with Bernard (Jeffrey Wright) and Stubbs (Luke Hemsworth) in the year 2083. Clearly devoted to ending Hale’s reign of control over humanity, C is intrigued by Bernard’s assertion that he can find her a weapon. When they go out to the former Delos demolition site to dig it up, she hopes the weapon is her father. In reality it’s someone more useful (sorry, Caleb): Maeve.

What is The Tower?

Imagery about a Tower has popped up several times throughout Westworld season 4. A homeless man on the streets holds up a crude drawing of it and says to anyone passing by that it’s evil and in control. When meeting with Peter, the man whose life Dolores supposedly destroyed with her video game writing, he mentions the Tower as well. Sketches of the Tower are all over Peter’s room and the Olympiad offices.

Well sure enough, the Tower turns out to be pretty important. The Tower is the structure built by Charlotte/Dolores that emanates a signal to keep all of humanity in control and on their loops, like good little hosts in one of Delos’s parks. It’s unknown what kind of technology or signal the Tower uses to accomplish this mission but it is definitely more sophisticated than Hale’s first attempt in the past: bio-engineered mind control bugs.