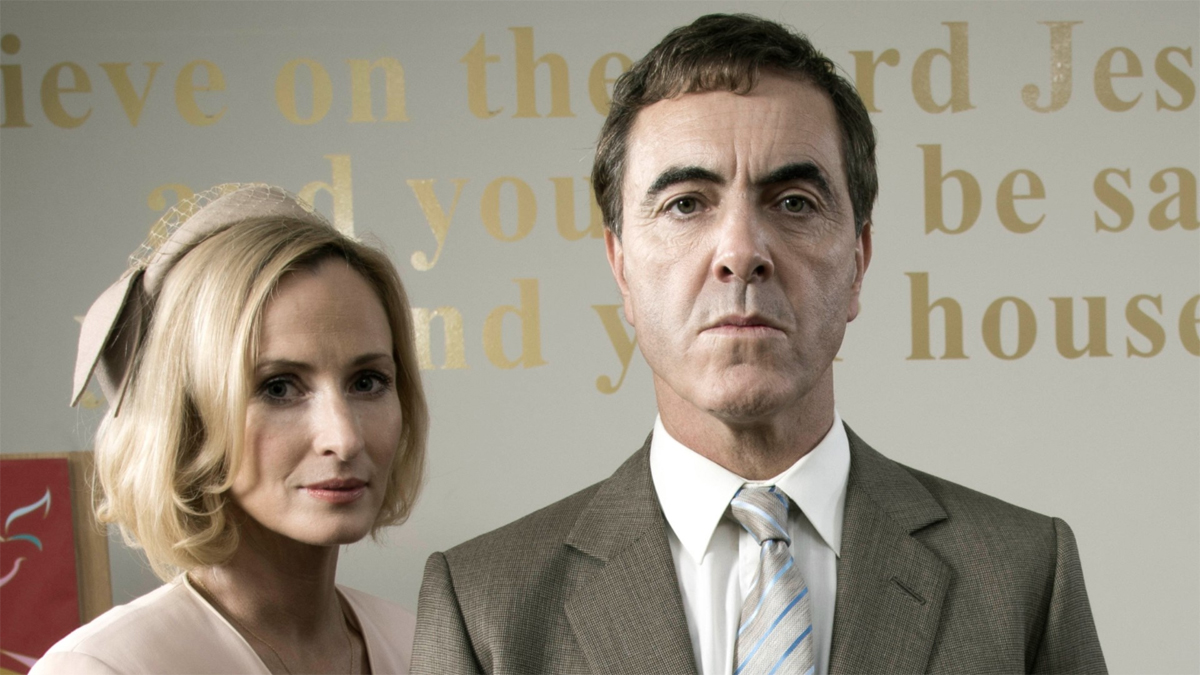 Warning: contains spoilers for all episodes of The Secret .

In four-part true crime drama The Secret, James Nesbitt plays Colin Howell, a former dentist and ex-member of a Baptist church community in Northern Ireland’s Coleraine. Howell is currently serving a life sentence for double murder, plus five and a half years for multiple accounts of sexual assault on anaesthetised female patients. The Secret’s generic title belies his singular story, one of unshakable belief in the self, and in a God-given permission to kill.

Let This Be Our Secret

Set between 1991 and 2011, The Secret – a title shortened from that of Deric Henderson’s ‘Let This Be Our Secret’, the true crime book on which it was based – depicts the nearly two decades in which Howell got away with his crimes. In that time, he grew his family and his wealth, and to those who didn’t really know him, his reputation as a pillar of the community.

What finally brought Howell and Hazel Buchanan, his co-conspirator/coerced victim (depending on your take. A 2011 court found her also guilty of the murders) wasn’t dogged police work. It wasn’t one overlooked mistake in Howell’s methods, though there were reportedly plenty of those. It was Howell himself. 20 years after suffocating his wife Lesley and Buchanan’s husband Trevor to death, and then staging their murders as a joint suicide by car fumes, Howell made a full and frank confession.

In The Secret, written by Stuart Urban (The Suzy Lamplugh Mystery) and first aired on ITV in 2016, Colin Howell’s confession is prompted by a crisis but not of his religious faith. That seemed to remain consistent as James Nesbitt’s character committed adultery and murder shored up by apparent certainty that he was God’s vessel on Earth and enacting His plan.

Over the four episodes, we watch as Nesbitt’s character tells Genevieve O’Reilly’s Hazel that God wants them to have an affair. Lovemaking, he tells her, is God’s gift and shouldn’t be spurned. God also wants Hazel to travel to London to terminate a pregnancy caused by Howell (God had previously wanted Lesley to terminate three pregnancies Howell caused before their marriage. Curiously, God never seemed to want Howell to have a vasectomy.) Finally, it was God who wanted Lesley and Trevor to die so Colin and Hazel could be together.

Nesbitt is chilling in these scenes, even more so than when he’s merrily snapping necks as the villainous Mr Hyde in Jekyll or keeping deadly secrets as DI Brannick in political thriller Bloodlands. His performance, as directed by The Awakening’s Nick Murphy, locates the thin space between self-serving evil and unhinged religious belief. Is the character cynically using his so-called piety to get what he wants, or does he truly believe he’s enacting the will of his Lord? Which, the drama asks, would be more unsettling?

What The Secret shows happening after the murders makes it much harder to believe Nesbitt’s character could possibly have been acting in good (if deranged) faith. When a guilt-stricken Hazel Buchanan felt physically unable to continue their sexual relationship, we see Howell, seemingly with Hazel’s blessing, administer her with dental anaesthetic through gas and injections in order to have intercourse with Hazel’s unconscious body. That’s the act of a predator, and is proven so when years later, we watch Howell sexually assault an unconscious dental patient – one of nine he later pleaded guilty to assaulting – who bears a strong physical resemblance to the younger Buchanan.

Even through the murders, the sexual assaults and multiple affairs, Howell maintained his outward show of religious faith. Rejected from his and Buchanan’s original church by its elders, he continued to host prayer meetings and perform Christian Baptist songs. Another of the drama’s chilling scenes sees Nesbitt’s character wait until his second wife Kyle and their new-born son Eric come home from the hospital before confessing to her about Lesley and Trevor’s murders. Kyle is horrified, but – an American isolated in Ireland and bound to her Christian wedding vows – she’s trapped. She brings little Eric to where Howell’s Christian music group are singing and allows them to serenade the baby. It’s either as a signal of acceptance, or shows her decision to compartmentalise what she’s just learned.

The Lord is My Strength and My Shield

Perhaps compartmentalising was also Howell’s survival technique. Disturbing as his performance is, Nesbitt never strays into pantomime evil with the character. We see him commit hideous acts with what seems like impunity, and yet his religious faith never leaves him. In fact, it’s his faith – and what the drama depicts as a self-aggrandising connection he draws between himself and biblical character King David, who also arranged the death of his mistress’ husband – that prompts Howell to confess.

Eventually, Nesbitt’s character accepts that God wants to punish him. He realises that his interpretations of holy intent were misjudged. Serial infidelity, sexual incontinence and multiple assaults on women under his care aren’t God’s plan after all. The accidental death of his son Matthew (one of nine children he shared with Lesley and second wife Kyle), the breakdown of his marriage and the loss of a fortune to an overseas financial scam are divine sanctions. God now wants him to unburden his soul and take his punishment. He confesses, stands trial, and is sentenced.

When it became time for Hazel Buchanan’s trial (scenes brilliantly acted by Genevieve O’Reilly) Howell prepared a meticulous statement contradicting her account of having been coerced by a much stronger personality. His fluent monologue in the drama’s final episode (taken verbatim from court records) all but ensured Buchanan’s guilty verdict. Why, because it was the God’s honest truth and needed confessing? Or because Howell wanted to punish Buchanan for wounding his ego by leaving him for her second husband? Is it piety, or is it calculating evil working under cover of faith? The Secret, a fascinating, psychologically complex and very well-acted drama, asks viewers to decide.

ITV’s The Secret is now streaming on Netflix.