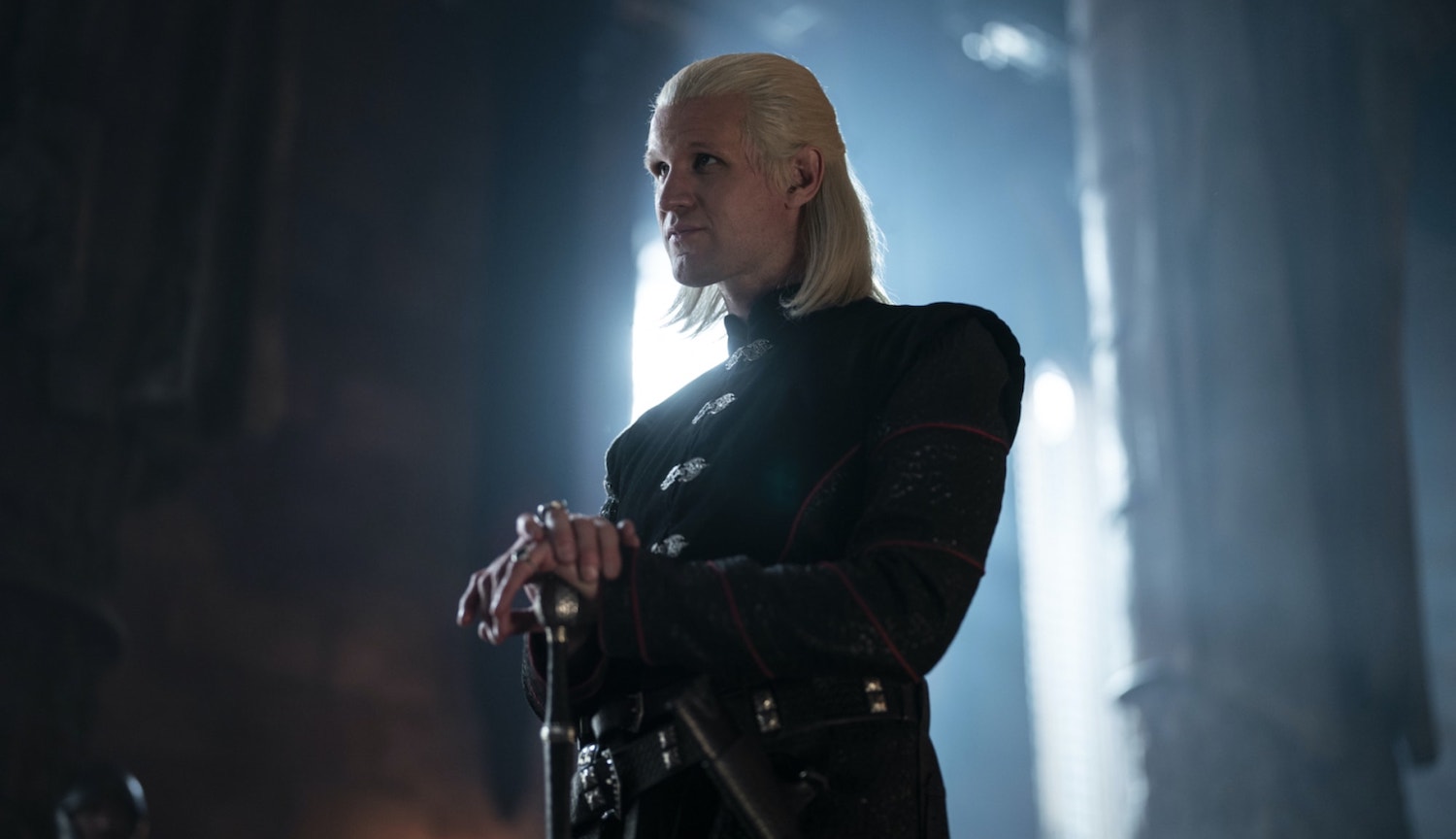 Matt Smith was the first, second, and only choice for the role of Prince Daemon Targaryen in House of the Dragon. That’s what Ryan Condal, who serves as co-showrunner with Miguel Sapochnik, tells us when he sits down with Den of Geek magazine (out Thursday) to discuss the Game of Thrones prequel.

Described in George R.R. Martin’s fictional history of the Targaryen family, Fire & Blood, as “Lord Flea Bottom” and “Prince of the City,” Daemon always seemed destined to be a juicy role for any actor. As the younger, swaggering brother of old King Viserys (Paddy Considine in House of the Dragon), Daemon appears on the page about as close to a rock star as King’s Landing ever knew. He’s a man who fights pirates for fun yet nonetheless acts like one.

But when Martin and Condal first began discussing the idea of turning Daemon’s era, and the bloody “Dance of the Dragons” civil war it wrought, into a Game of Thrones spinoff—Martin is credited as co-creator on House of the Dragon alongside Condal—the writers seemed to view Lord Flea Bottom through a different, perhaps more humane lens. Further, it was one of Smith’s most celebrated and refined roles that unexpectedly made him the standout choice for a Targaryen rogue.

“Matt is really the only person we talked about,” Condal says. “We would say, ‘Like a Matt Smith or a Matt Smith type’ when talking about Daemon. I just absolutely loved his work on The Crown as Prince Philip, who somewhat ironically is a similar character. He’s the second fiddle, in that case to the Queen of England, his own wife, and is a bit adrift. [Daemon] is similarly a bit of a rogue prince trying to find his footing and place in the world.”

The comparison between Daemon and Philip is an interesting one. Beyond the connection of Smith—who was nominated for an Emmy for playing the Duke of Edinburgh on The Crown—there would initially appear to be few similarities between a Targaryen who is all about “Fire and Blood” and the real-life prince who served as consort of the British monarch from the day Queen Elizabeth II ascended the throne in 1952 until his death in 2021. However, as heavily dramatized in the early seasons of The Crown, Philip was reportedly a man often anxious to establish his autonomy and vitality on the royal stage.

As the younger brother of King Viserys, Daemon will similarly attempt to establish himself as his own man, which when House of the Dragon begins means he has cultivated both friends and foes at court. Technically, he remains the oldest living male relative to the king—even as the crown (and perhaps Daemon’s wandering eye) has turned its attention to Viserys’ daughter Rhaenyra (Milly Alcock as a teenager, Emma D’Arcy later in life). Still, Daemon remains ever present as the wild card of the Red Keep.

Despite this powder keg of a situation naturally lending itself to the type of scheming and conspiracy that is typical of Westeros, it is once again the humanity of the character, and not his seeming ambition, which Condal stresses.

“Matt was an incredibly accomplished actor who had played this really wide range of roles and was always doing different and interesting things,” Condal says. “We loved the way he looked and we loved imagining him in that platinum blond Targaryen wig, sitting on a dragon. When we met with him, we just really hit it off creatively, and he brought a lot of interesting layers of pathos and psychology to the character that I think makes Daemon one of the most fully realized characters in George’s Westerosi universe.”

You can read more of our conversation with Condal about Daemon, the Targaryens, and that larger Westerosi universe when the new issue of Den of Geek magazine is released on Thursday, July 21.