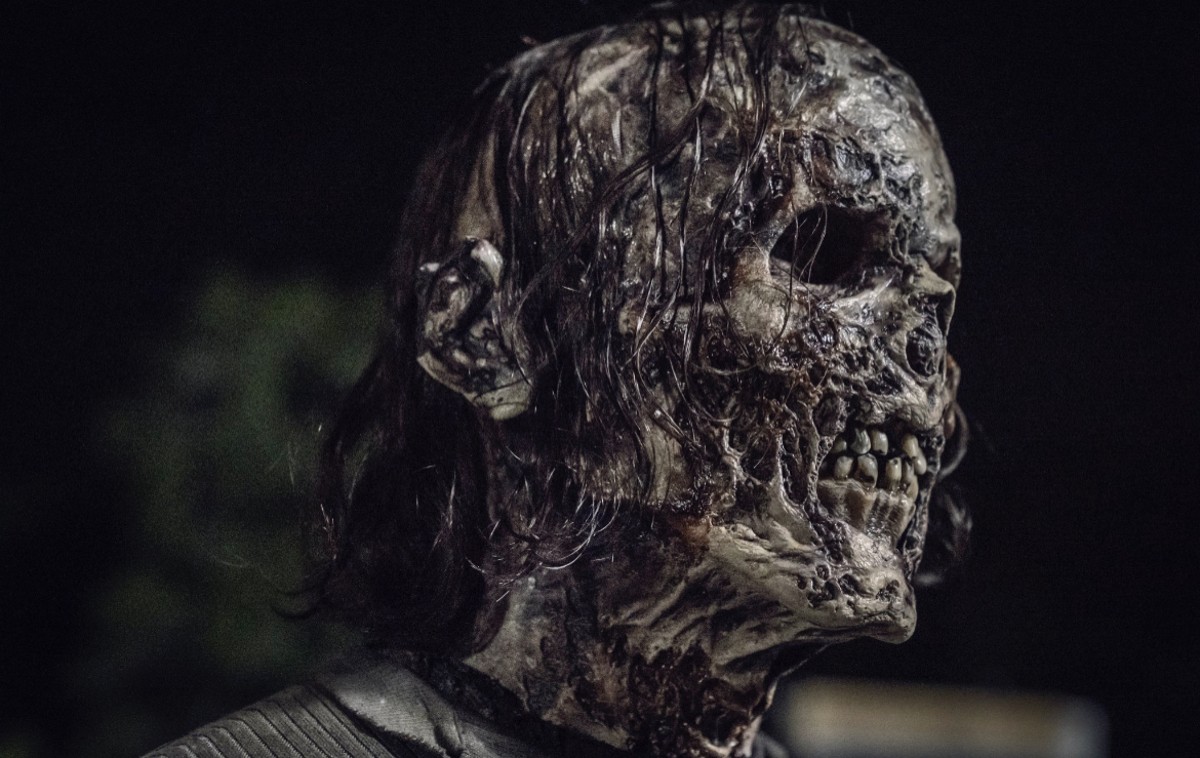 It’s fair to assume that not everyone who makes it in a world overrun by reanimated corpses would be a rag-tag team of badass survivors. Tales of the Walking Dead uses six standalone episodes to give audiences a fresh perspective on what survival looks like depending on time and place.

“Every episode is new,” says showrunner Channing Powell, who was also a writer for both The Walking Dead and Fear The Walking Dead. “There’s a new director, we have different sets, different actors, and entirely different characters and settings.” But she is clear that this show is for old fans and new fans alike. “I actually think it’s pretty balanced, half and half.”

There will be “small easter eggs” and returning characters, such as the complicated fan favorite and antagonist of The Walking Dead season nine, Alpha, played by Samantha Morton, as well as episodes that play with genre and “push the boundaries of the universe.”

The original Walking Dead comic book and series follow Sheriff Rick Grimes (played by Andrew Lincoln on screen) waking up in “the walker apocalypse,” finding his family, and becoming the decisive and occasionally authoritarian leader of a group of people doing their best to find a safe homestead. It documents the ebb and flow of power and relationships in a thrown-together community desperately trying to stay alive. This anthology is “a different beast,” says Powell. “We did really try to go off-piste. Each episode has its own tone and look to it.”

In that vein, the new characters are also often unexpected and are played by an impressive roster of actors, including Parker Posey, Terry Crews, Olivia Munn, and Jillian Bell, to name a few. “I was really excited to cast outside of the box and cast outside of type,” says Powell. “I’m really curious to know what the reactions will be.”

The specific details of the new storylines are obviously being kept tightly under wraps, but one thing’s for sure: audiences should be prepared to be surprised. “We wanted to present a new option,” notes Powell. Some episodes will skew more humorous, while others will have the serious and bloody familiarity of the original series but “in different time frames, different places in the United States and beyond.”

Besides zombies, there is something else that ties all stories, old and new, together. As Powell explains: “All the characters have to decide who they are at the end of the world.”

Tales of the Walking Dead premieres on Aug. 14 on AMC.