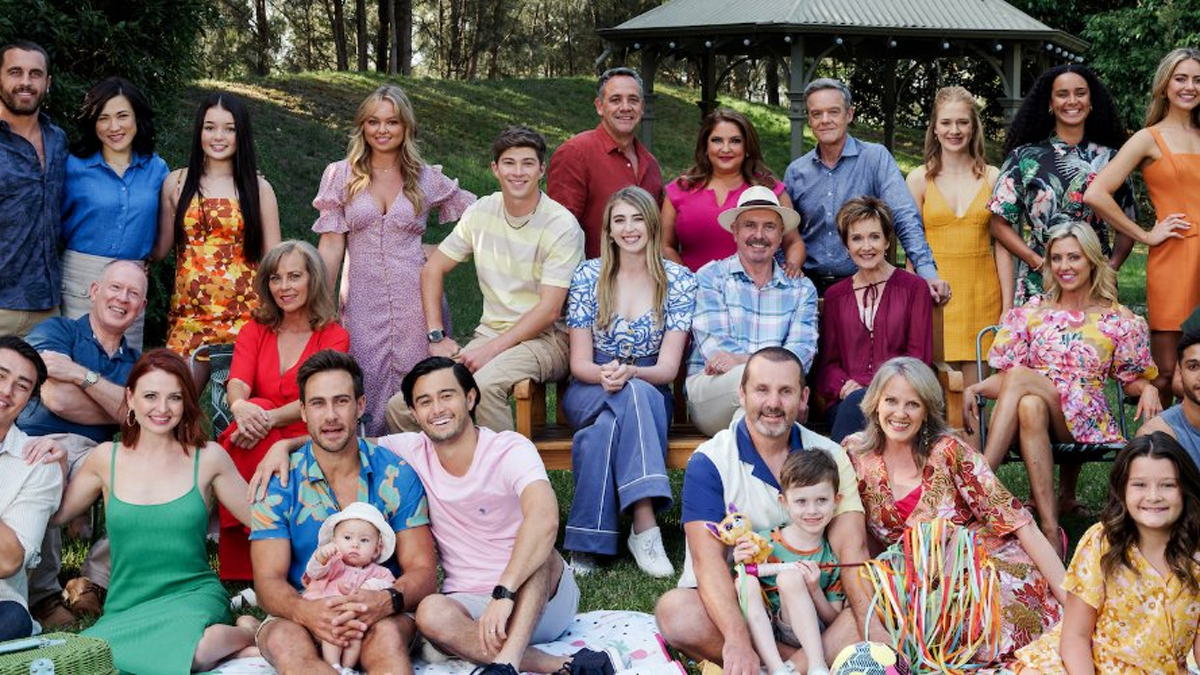 The end of Neighbours has prompted the return of its prodigal children. Not just the on-screen ones journeying to Ramsay Street to reunite with lost loves/burn down Lassiters/marry Paul Robinson, but also us – the Aussie soap’s lapsed viewers. We’re back too, sticking one last hopeful hand into the cookie jar of nostalgia, hoping to feel… well, anything.

The only problem: Neighbours is unrecognisable now. There’s no Helen Daniels and Bouncer has long retired to the big farm in the sky. If you drifted away at some point between the third Lucy Robinson and the plane crash that turned Harold Bishop into the Erinsborough strangler, then this is for you. Here’s a handy guide to Neighbours’ current* plots and characters. Never ask ‘Who’s Paige? again.

*As of Monday 25th July. Will be updated as necessary.

No. 24 Ramsay Street aka Harold and Madge’s old place, is currently owned by Chloe (works at Lassiters, bisexual, her brother Aaron is married to Paul Robinson’s son David Tanaka, her other brother Mark is married to Paige who lives in Adelaide but has flown back to develop her real estate career by selling one property in Ramsay Street). Chloe recently flew to Switzerland on a whim to declare her love for ex-squeeze Elly, who was still figuring out her sexuality and knocked Chloe back. Hurt, Elly decided she wants a fresh start and so put No. 24 on the market. Her lodgers Freya, Mackenzie and Kiri now need somewhere to live.

Chloe’s ‘fresh start’ idea spreads around Ramsay Street like a rash and soon, it’s not only No. 24 for sale. Pretty much everybody but Karl and Susan Kennedy decides to sell up and start afresh. Who will the new buyers be?

In need of money, Lassiters owner/bigshot Paul Robinson (OG 1980s character, capitalism on legs, in real life released this single) was approached by Shane Ramsay (another OG 1980s character, trained to be an Olympic swimmer, has recently come into a cryptocurrency fortune) about starting a partnership. On the advice of Paul’s ex Jane (almost OG 80s character, of Plain Jane Superbrain fame, more on her later) and others, Shane decided he didn’t want Paul as a business partner but wanted to buy and run the hotel complex solo. Paul then got on a Zoom call with his ex-pat grown-up children in New York (hello cameos!), and they told him to sell up and move out there to be with them. David and Aaron are also tempted to sell up, make the move and go with him. Should Paul stay or should he go?

First things first: Paul’s estranged wife Terese is played by Rebekah Elmaloglou aka Sophie from Home & Away 1990- 1993! Now that’s established, Terese (bereaved mother, recovering alcoholic, moneyed) is currently with Paul’s half-brother Glen Donnelly (pictured above, illegitimate son of Jim Robinson, half-sibling of Paul, Lucy and Scott Robinson, and until-recently estranged father of Kiri, who’s dating Nicolette, daughter of Jane – more on her later). Kiri grew up in the bush in a place called River Bend which her parents are selling. Terese is thinking of buying and developing the land there with Glen and Kiri.

However, Terese and Paul are clearly not over one another. She was touched when Shane told her that Paul made it a strict condition of the sale of Lassiters that he could never remove the memorial plaque erected there to her son Josh, who died there. He was touched when Shane told him that Terese had encouraged the partnership in an attempt to help Paul. Will those two crazy kids work it out?

Remember Melanie Pearson (almost OG 80s character, kooky dress sense, statement laugh, dated Henry Ramsay but married – and later divorced off-screen – Joe Mangel)? She’s back and engaged to her boss Jared ‘Toadfish’ Rebecchi (90s character, former ponytailed rascal, now a lawyer and pillar of the community). The wedding is imminent, but there’s a spanner in the works. Toadie’s long-time pal Amy (90s character, now runs a drinks van and is trying to buy the services of an anonymous sperm donor to conceive her fourth child solo) confessed her love for him. Amy was also catering the wedding and making Mel’s dress, so there’s that to worry about. After the wedding, Toadie and Mel plan to sell up to make a fresh start.

Toadie assures Mel that Amy’s feelings aren’t reciprocated but hang on, maybe they are. And maybe Joe Mangel is on his way back to Erinsborough to boot…

If you weren’t around in 2003 when Izzy Hoyland (former Coffee Shop and Scarlet Bar manager, ex of the Paul Robinson parish, schemer, recovering addict and good-time girl) was introduced, you won’t know that she once tricked Karl Kennedy into thinking she was pregnant with his child, a pregnancy she then sadly lost, and then later drugged Karl Kennedy into thinking she was Susan, had sex with him and became pregnant with daughter Holly (a baby Karl delivered on a ship in the middle of his second wedding to Susan).

Now Izzy’s back! And she’s dating Karl and Susan’s son Mal (90s character, former handyman, brother to Billy and Libby). Izzy’s head is turned by newly wealthy Shane Ramsay, but is Mal really the object of her interest? Whatever Izzy’s plan, Susan is enraged about it, especially when Izzy makes moves to buy No. 24 and live there with Mal two doors down from his parents/her former lover. Susan gives Mal an ultimatum: it’s Izzy or her.

Hands up if you remember Jane Harris (80s character, Mrs Mangel’s granddaughter, bookish, went out with Mike)? She’s back too, was acting principal at Erinsborough High, and has two grown-up children with ex-husband Victor : Byron (trainee lawyer turned gigolo) and Nicolette (dating Kiri, surrogate mother to David and Aaron’s baby daughter). In her youth, Jane dated Mike and then Mike’s foster dad Des, whom she married briefly after returning to the soap in 2015. She also had a thing with Paul Robinson (who hasn’t?) and until recently was with Clive Gibbons (80s character, former Gorillagram and ex-doctor, current hospital boss), whom she suspected of cheating on her with one of his former patients/squeezes. Clive wasn’t, but he was tempted, and his ex Sheila is still making a play for him. With Des Clarke and a certain someone else (Mike. It’s Mike) coming back for the finale, how will that affect Jane and Clive’s chances?

And Finally, the History Book

This is a very neat idea by the Neighbours writers. Years ago, Harold Bishop painstakingly put together a ‘History of Ramsay Street’ book, which was unfortunately destroyed. Now, nurse Freya, her boyf Levi, and pal Mackenzie (the show’s first transgender character, played by Georgie Stone) are recompiling the book. They’ve set up a FB page which is receiving comments from former characters, “Rachel Kinski. Brett Stark. Rick Alessi. Bronwyn Davies… It’s amazing how many of them moved to Queensland,” deadpans Freya. Messages also flood in from Eddie Buckingham, Annalise Hartman, Lisa Elliot, whom Harold doesn’t even remember. Harold is delighted to be asked to write the first entry in the book, which he insists will be about the love of his life. “Everything must start and finish with Madge.” Quite right too.

The Neighbours finale airs on Friday the 29th of July on Channel 5 and My5 in the UK, and on Thursday the 28th of July on 10 and 10 Peach in Australia.

The Legend of Zelda: Who Created the Triforce?
Why Seinfeld Was the TV King of Movie References
The Last of Us HBO Series: How Melanie Lynskey’s Character Expands the Game’s Universe
Quantum Leap Showrunner Has a Secret Plan for Original Star’s Return
Marvel’s Avengers Superior Seminar | Hulk