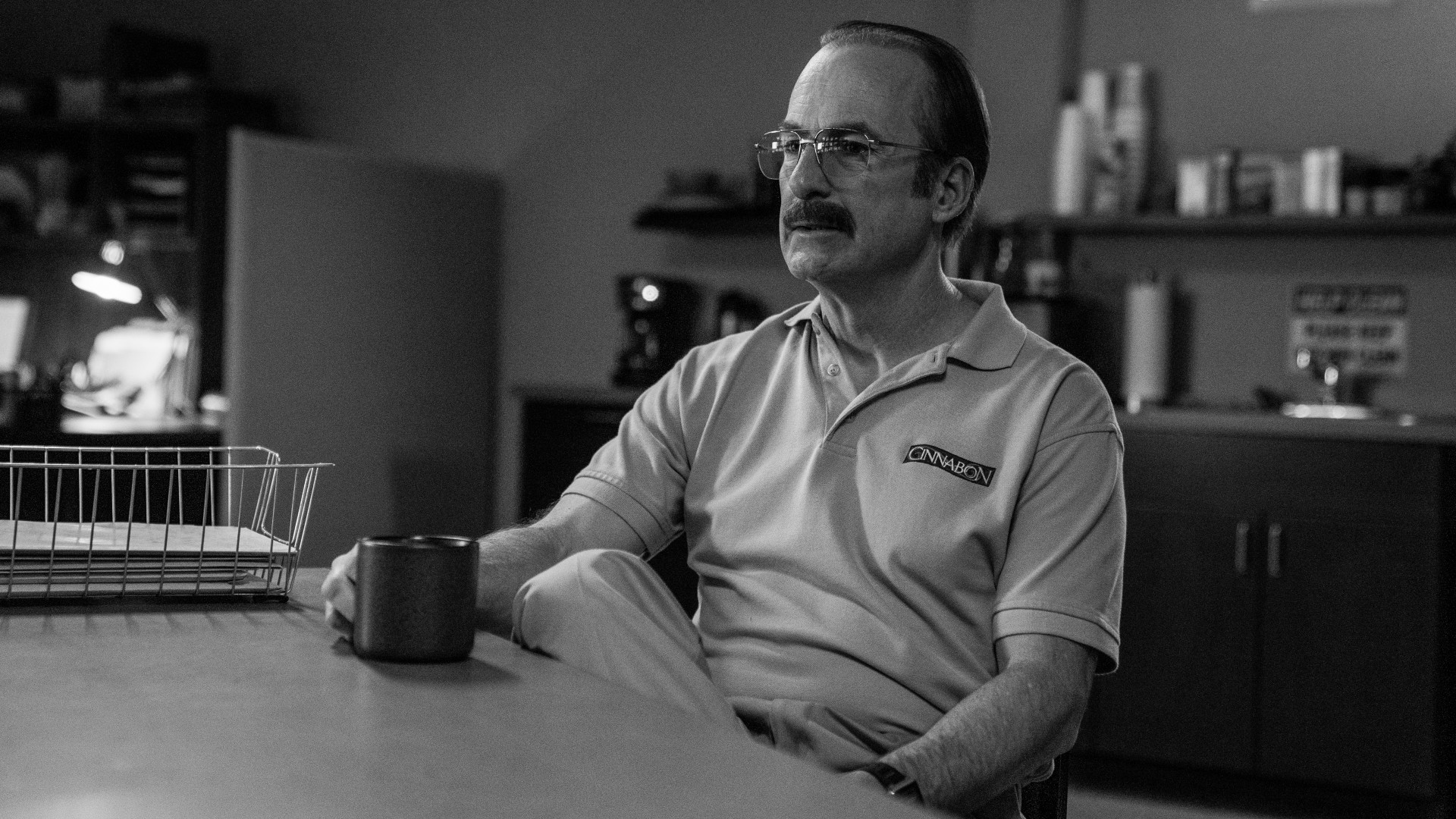 One of the most helpful traits that Better Call Saul shares with its title character is an attention to detail.

When trying to capture the attention and trust of someone – whether that be an audience member watching an AMC show or a Cinnabon-loving mall security guard – it helps to meet them on their level. You’ve got to talk about what they want to talk about. And you have to be knowledgable when doing so. You need to pay attention to detail. In Better Call Saul season 6 episode 10 “Nippy” both the artist formerly known as Saul Goodman (now Gene Takovic) and the show pay the requisite attention to detail to pull off a scheme and in the process reveal something major about the show’s timeline.

As we’ve established previously, much of the Breaking Bad and Better Call Saul timelines are satisfyingly clear. Show creators Vince Gilligan and Peter Gould have not been shy about dropping particular dates to make sure that fans have a full vision of when events are taking place.

One area of the Saul timeline that has needed some filling in, however, is the black and white flash forwards that we could call the “Gene Takovic Era.” Thanks to the events of the final season of Breaking Bad, we know that Saul Goodman (Bob Odenkirk) enters into hiding as Omaha, Nebraska Cinnabon manager Gene Takovic in late March or early April of 2010. Then, through six seasons of Better Call Saul, we see glimpses of Saul’s life undercover as Gene. We just haven’t known precisely when these events have been taking place … until now.

To undertake an ingenious department store robbery, Gene Takovic has to get in with the the mall’s head security officer, Frank (Jim O’Heir). The delicious taste of Cinnabon goes a long way in gaining Frank’s trust but to better engage with his new mark, Gene has to participate in another sophisticated Omaha ritual: talking about college football.

Though it’s a big city of nearly half a million people, Omaha, Nebraska does not have any major league sports teams to speak of. Truth be told, however, it doesn’t really need any. As evidenced by Gene’s Kansas City Royals lunchbox, Kansas City (hometown of Kim Wexler) is just a brisk three-hour drive south (which is basically “going to the grocery store” distance in spacious Middle America). And more importantly: Nebraska is a college football-loving state. The University of Nebraska and its beloved Cornhuskers football program resides in Lincoln, just an hour away from Omaha.

Naturally, Frank the security guard loves to talk about his Cornhuskers. And it’s through Frank and Gene’s dialogue that we are able to get a precise date for the events of “Nippy.”

The biggest clues that Frank offers up for the Gene timeline are the names of Nebraska’s current head coach and quarterback. According to Frank, the controversial Bo Pelini (“You know me. I go at him when things are bad, but when he does something good, I’m all about it.”) is Nebraska’s head coach currently, which puts the possible time frame from 2007 through 2014 … though we know it has to be after 2010 due to the events of Breaking Bad. Even more helpful is that Frank mentions a “Martinez” as Nebraska’s QB.

Funnily enough, Nebraska has had two completely unrelated QBs in the past two decades named Martinez. Adrian Martinez played for the Huskers from 2018 to 2021, so he’s obviously not who we’re looking for. The real Martinez in question is Taylor, who started all four of his eligible years at Nebraska from 2010 through 2013. While that doesn’t narrow the timeframe down that much, Gene specifically mentions that Martinez just broke a freshman yardage record for the team. We’re a little confused as to what Gene could be referring to because, while Martinez did break a single game freshman yardage record at Nebraska, he generated 435 total yards and not 484. It’s possible that Gene is referring to the whole team’s yardage output. Whether the details are wrong or not, we do now know that the events of “Nippy” take place during Martinez’s freshman season.

The 2010 Nebraska Cornhuskers season took place from September 4 through December 30. Thanks to Frank, however, we can narrow the dates down even more specifically than that. In his first conversation with Gene, Frank complains about Nebraska’s effort over the weekend in a loss against Texas. In 2010, Nebraska lost to the Texas Longhorns 20-13 on October 16. A little later on, Frank celebrates a win against Oklahoma State. That game occurred on October 23.

It is therefore reasonable to assume that the first scene with Frank takes place on October 17 or 18. We also know that Gene’s scheme lasts through at least October 24. That means that all of Gene’s scenes throughout the entirety of Better Call Saul have taken place over no longer than a six month span from April 2010 through October 2010.

We don’t know precisely when “Nippy” leaves us off in the Gene Takovic timeline but we do know that we’re very close to an important upcoming event. In Better Call Saul season 4 episode 5 “Quite a Ride”, the show opens with the rare midseason flash forward. In it, Francesca helps Saul clean out their office and shred documents as everything figuratively comes crashing down. Before he leaves to become Gene Takovic, Saul asks Francesca to be at a nearby telephone booth at 3 p.m. on November 12, 2010.

Thanks to Frank’s steadfast college football fandom, it’s clear that we are less than a month…or perhaps even only days from an important Better Call Saul event.