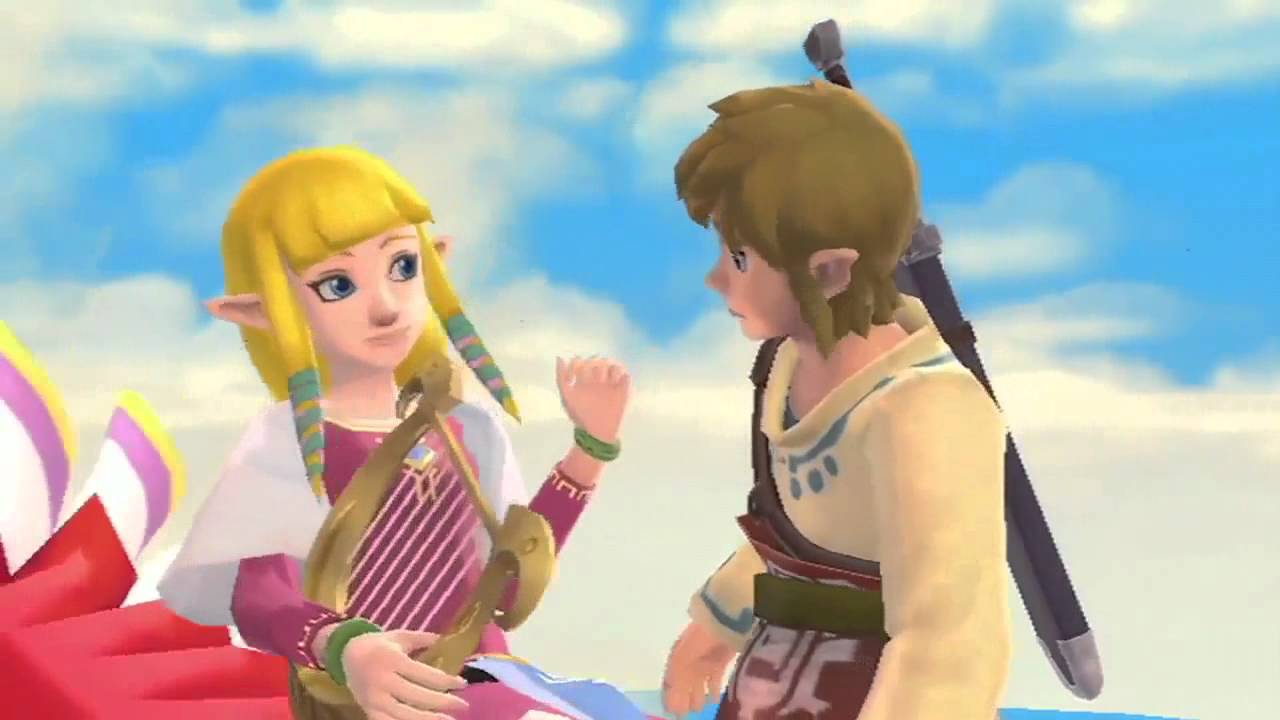 The Legend of Zelda is one of the only game franchises out there that can continually star characters who look, sound, and act the same without them technically being the same characters (with a few exceptions). Aside from superficial similarities, timeless character roles, and Link’s general refusal to speak, the Links and Zeldas of the Legend of Zelda franchise share little in common, including their ages.

It’s no secret that some Links and Zeldas are older than others. All one has to do is compare the Link from Wind Waker to the Link from Twilight Princess to see all Links are not meant to be the same age. However, actually determining the characters’ respective ages on a game-by-game basis is far more complicated. The Legend of Zelda games rarely come out and say how old its cast is supposed to be, so we’re usually left to rely on guides, interviews, and similar external resources for that information.

Sadly, the Legend of Zelda franchise is so old that it’s hard to keep all that information straight. That’s why we’re here to (hopefully) make some sense of the subject.

How Old Are Link and Zelda in The Legend of Zelda, The Adventures of Link, and A Link to the Past?

Let’s begin with Link since, despite what the franchise’s title says, he’s often still the star of the show. Mind you, if we simply try to look at Link’s age in the first Legend of Zelda game, we soon find that we’re not off to a good start.

One of the most reliable sources of information (and concept art) regarding the Legend of Zelda franchise is The Legend of Zelda: Hyrule Historia. After all, the book was written by the franchise’s designer and producer, Shigeru Miyamoto, lead designer Eiji Aonuma, and the creators of the Legend of Zelda manga series, A. Honda and S. Nagano (collectively known as Akira Himekawa). What better source could you ask for?

Well, according to Hyrule Historia, the first game’s Link was 10 when he saved Hyrule from Ganon. However, during an Ocarina of Time-themed Iwata Asks interview, Miyamoto claimed Link was 12 years old in that title. That slight discrepancy becomes even more frustrating when you realize that The Adventure of Link (one of the franchises’ few direct sequels) is supposed to take place six years later (at least according to Hyrule Historia). Yet all sources, including Miyamoto, claim Link was 16 during that game. That pattern of developers retconning their own statements won’t go away anytime soon, so buckle in.

The next Legend of Zelda title, A Link to the Past, is arguably superior to its predecessors since, unlike the NES originals, it had enough cartridge space for improved graphics, more dungeons, and a more straightforward narrative. Despite all of those advancements, though, nothing in the game clearly indicates Link’s age. The only hint we have is the unwritten rule that Link and Zelda are around the same age in each entry, which would be significantly more helpful if Zelda’s age was ever stated in the game.

Luckily, an old character reference guide (preserved on IGN) states that Zelda is 16 years old at that time, so it’s probably safe to assume Link is around that age, too. Since Link’s Awakening and Oracle of Seasons/Oracle of Ages are sequels to A Link to the Past, one could easily assume they are slightly older in those titles. Since The Legend of Zelda: A Link Between Worlds is a spiritual successor to A Link to the Past, it’s also generally accepted that Link and Zelda are about 16 in that game as well.

How Old Are Link and Zelda in Ocarina of Time, Majora’s Mask, The Wind Waker, and Skyward Sword?

The Legend of Zelda: Ocarina of Time might have been the game that made most fans start asking about Link’s age. After all, thanks to that game’s time-traveling mechanic, Link technically has two ages in it. The game says he was kept in stasis for seven years after grabbing the Master Sword, but how old was he when that happened? Well, during an Iwata Asks interview, Miyamoto stated quite clearly that Link started the game at the age of nine and is aged up to 16 after the time skip. Since the game’s sequel, Majora’s Mask, recycles many assets, including child Link’s model, it’s a safe bet that he’s the same age in that game.

One of Zelda‘s most divisive entries in the series, The Wind Waker, also provides one of the biggest roadblocks in the eternal search for Link’s age. Unlike other entries in the franchise, that game sports a cel-shaded cartoonish look that makes it difficult to guess Link’s age simply by comparing his character model to previous entries.

The game opens up by saying that he reached the “same age as the young hero spoken of in all the legends.” Since The Wind Waker predates the official Zelda timeline, it is generally assumed that the “young hero” the game refers to was the Link from Ocarina of Time. So, that would make Link nine, right? Not according to the Japan-exclusive Zelda Box encyclopedia, which includes a statement from Aonuma claiming Toon Link (as he is often referred to) was designed to be 12 years old. That claim is backed up by the character’s Amiibo, which says he received his green tunic on his 12th birthday. So why the discrepancy? Nobody knows for sure. However, we can infer that every Link with the same art style (i.e., Four Swords Adventures, Phantom Hourglass, The Minish Cap, Spirit Tracks, and Tri Force Heroes) are all about the same age, whichever age that is.

After The Wind Waker, the main entries in the Legend of Zelda stopped playing musical chairs with Link’s age quite so often. Twilight Princess was the first in a recent series of franchise entries that adopted a less exaggerated art style that made Link look more mature. The problem is that nobody can agree on exactly how mature he was supposed to be in that game. The official Prima Guide says that Link is supposed to be 17, and Eiji Aonuma backs that up. However, during a later interview with Nintendo Dream, Aonuma agreed with the interviewer that Link was actually 16. As for Skyward Sword, that game keeps the more mature-styled Link, but it doesn’t give any hints about Link’s age. The only answer comes from a quote in Hyrule Historia. According to Ryuji Kobayashi, Link was designed to be 17 in that game.

How Old Are Link and Zelda in Breath of the Wild?

The Legend of Zelda: Breath of the Wild serves as our final stop in our quest to chronicle the age of Link in every Zelda game, and, in a funny twist, it is the only entry that gives anything approaching a solid answer. As previously stated, it’s an unwritten rule that Link and Zelda are around the same age in each title. The reason that’s so relevant in this instance is that the game’s one flashback cutscene clearly states that Zelda turns 17 right before praying at the Spring of Wisdom. So, by proxy, Link must be around 17 during that cutscene. However, while he is 17 biologically in Breath of the Wild, since the game takes place 100 years after the flashback, Link is actually about 117 chronologically.

Now that we’ve established Link’s age in every Zelda game, determining Princess Zelda’s age should be a piece of cake. After all, the franchise operates under the assumption that the two characters are around the same age, so surely if Link is 16 in one game, Zelda is around 16 in that game as well, right? For the most part, yes. After all, we only know that Link is 16 in A Link to the Past because of a character design document that states Zelda is 16. In Skyward Sword, Link and Zelda are childhood friends who grew up together, so if Link is 17, Zelda must also be around 17.

The only known exception to this rule is the Zelda of Twilight Princess, who is a princess in name only. She actually runs the kingdom of Hyrule in that game, and, according to the official Prima guide, she’s 20 years old, making her the oldest Zelda in the franchise and the only one decidedly older than Link. The Zelda of Breath of the Wild/Age of Calamity is another potential exception since she is 16 for most of the former’s flashbacks and turns 17 the day Calamity Ganon attacks (not the birthday present she wanted). Like Link, she is 100 years older during the majority of Breath of the Wild, but because Age of Calamity takes place both before and after Calamity Ganon’s revival, Zelda is 16 in the first part of the game and 17 in the latter half.

So, Link and Zelda are often somewhere between nine and 17, with many of the more recent Zelda games favoring slightly older versions of the characters. As with most things related to the Legend of Zelda timeline, though, you may want to take a few of those specifics with a grain of salt.