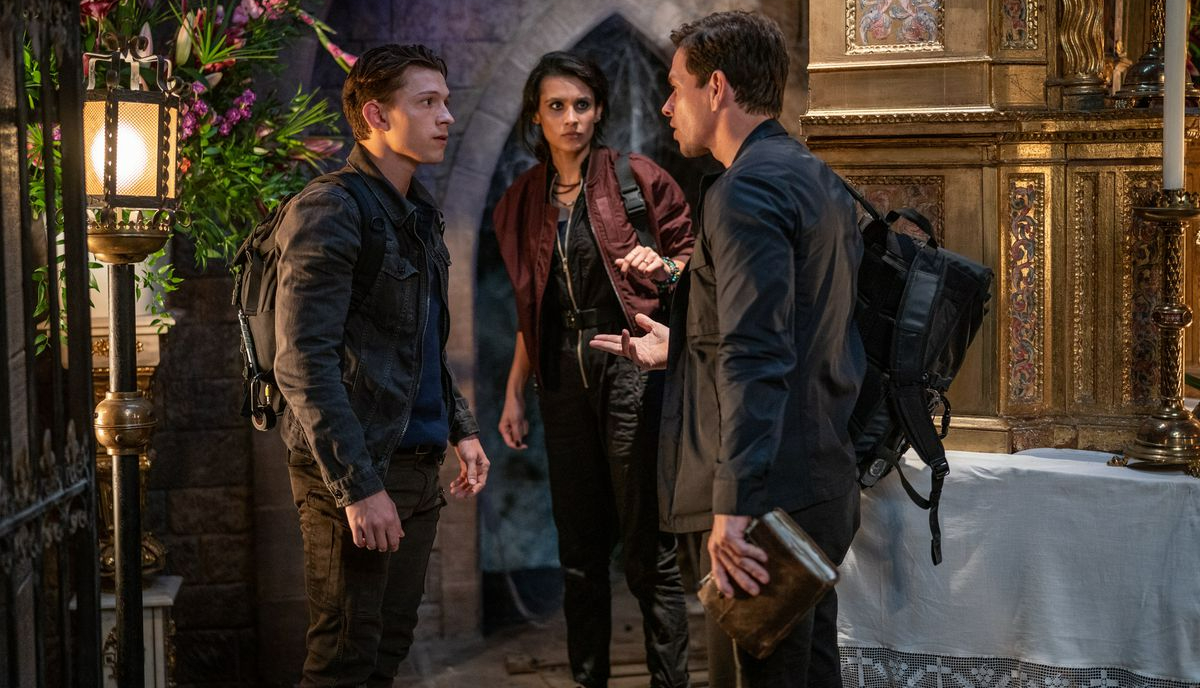 Video game movies are tricky business. There frankly aren’t many good ones, which can probably be attributed to the fact that the medium is so difficult to adapt. Is it better to cater to a game’s established fan base, or try to attract a more mainstream audience? Do you retell the original story or abandon it completely? Most game adaptations simply don’t have the right answers to these questions.

Ruben Fleischer’s Uncharted, however, is one of the rare video game movies to actually make a successful transition from small screen to big screen. Now available to stream on Netflix, the movie captures the feeling of the games while forging its own path that could potentially lead to a sequel or two. With that in mind, here are a few lessons future video game movies can learn from Uncharted.

Get the Casting Right

In most ways, Tom Holland’s Nathan Drake doesn’t resemble the video game Drake at all. He doesn’t really look, move, or talk like him, but this is all absolutely okay. Instead of trying to shove Holland into a Drake-shaped box, the movie version of Drake takes the idea of the original character—wise-cracking, history-obsessed thief and with serious trust issues—and alters it to cater to Holland’s strengths as an actor. Movie Nate is younger, angstier, and more mischievous than his video game counterpart, and Holland does such a good job with the role that it’s easy to forget the old Drake and accept his version as its own thing.

It’s key to let an actor like Holland’s natural talent shine through, because the success of the movie rides on him. He’s a proven box office attraction solely based on his turn as Spider-Man in the MCU, and Uncharted benefits from letting him basically do his thing on screen. For any video game adaptation, putting a charismatic star in the lead role and allowing the material to highlight what makes them special as an actor is half the battle.

Don’t Be Too Faithful…

Uncharted takes place in a different phase of Nate’s life than the games and deviates from the original story in many ways, which was absolutely the right thing to do. Film is a completely different medium than video games, so making changes to the plot and characters is necessary not only due to the shorter length of a film, but because it helps to set the movie apart from the games and stand alone.

Most failed video game adaptations try to stick too closely to the games’ aesthetic and story and wind up feeling second-rate. Uncharted resembles the games in many ways and takes heavy inspiration from the series as a whole, but changes a few things (Nate and Sully’s age difference and dynamic, Sam’s entire portrayal) to establish a new foundation that works specifically for the big screen.

…But Don’t Miss the Point

While Uncharted deviating from the games is a good thing, the movie also stays true to what made the games so popular in the first place. The core of Uncharted as a franchise is Nathan Drake and his friends going on grand adventures in search of treasure, and working out some personal issues along the way. It’s about spectacular set pieces, big personalities, and fast-paced action (with a little stealth sprinkled in), and the movie checks all those boxes.

Nate and Sully’s relationship is the heart of the games (the first and third games at the very least), and the movie follows suit, focusing on the duo learning to work together and trust each other. Wahlberg and Holland’s rapport is vastly different from what we see and hear between Nolan North and Richard McGonagle in the games, but the mentor/mentee relationship is still the crux here, and Wahlberg and Holland find their own groove that’s entertaining in its own right.

Finding the sweet spot between staying faithful to the source material while not being shackled to it is a difficult thing to do and typically means the difference between a good video game movie and a bad one. Uncharted strikes that balance.

Understand the Inspiration Behind the Games

One of the best things about Uncharted is that the filmmakers understood the games and what made them great, but also acknowledged that the games themselves drew heavy inspiration from classic movies, most notably the Indiana Jones franchise. Drake and Sully’s globe-trotting, relic-hunting adventures took all of the elements that made those Harrison Ford classics so much fun and used them to support new, unique characters and stories that pay homage without blatantly aping.

The movie takes a similar approach, doing the games justice while adding new ideas to the fold at the same time. But what makes the movie so spot-on is that it recognizes the Indians Jones inspiration in the games and feeds into it, which makes sense considering it’s all rooted in cinema. As much as Fleischer and company have paid tribute to the Uncharted series, they have also sneakily delivered a modern take on Indiana Jones. Future game adaptations should follow suit and make sure to understand what inspired the developers to make the game they did in the first place.

Make a Good Movie, Not a Video Game Movie

There’s a good chance that a large portion of Uncharted’s audience have no idea that it’s based on a video game at all. This is a good thing! In most cases, a video game movie shouldn’t call too much attention to its polygonal roots. Little nods and references here and there are great, but they shouldn’t serve as constant distractions. The movie’s Nolan North cameo is a perfect “if you know, you know” reference that winks at fans but isn’t so disruptive that newcomers to the franchise are left wondering who the hell that random guy on the beach was.

The cargo plane scene is the most direct reference to the games. The movie version is quite similar to the original set piece, with Nate dangling from cargo netting thousands of feet in the sky as baddies get pelted by heavy objects hurtling out of the open cargo door. While fans will definitely recognize that it’s essentially ripped straight from the games, it still works well as a movie action scene and is incorporated into the story in a way that makes sense.

To be fair, the Uncharted series is inherently cinematic and translates well to the big screen, making it easier to adapt than most. The fact that Detective Pikachu and the Sonic the Hedgehog movies are live-action and managed to find success at the box office is impressive because they had to take creative approaches to their respective source materials. Still, Uncharted deserves credit for focusing on the story it’s telling rather than trying to mimic the games.

Build Toward the Future

The nice thing about adapting a long-running video game series to screen is that it’s already proven to have staying power as a franchise. Uncharted takes advantage of the series’ tenure by including a nifty post-credits scene that hints at what future big screen installments could look like, with Nate and Sully more closely resembling their digital counterparts, embroiled in a tense stand-off with a shady character named Gage over a “Nazi treasure map.” There’s also the reveal that Sam’s alive in some prison and has been writing stacks of postcards to his brother Nate.

It’s crystal clear that the filmmakers intend to make a sequel, and they’ve done a great job giving audiences a glimpse of what they have in store. Judging from the scene with Gage, the sequel could very well fall more in line with the tone and look of the games, with Holland even uttering Drake’s famous “Oh, crap” one-liner for good measure. It’s a tantalizing cliffhanger that offers some shameless fan service that definitely belongs on the side of the credits that it’s on. There’s no official word on if a sequel will be coming, but the post-credits scenes do a fine job of setting one up.

What did you think of the Uncharted movie? Tell us in the comments!

Why Seinfeld Was the TV King of Movie References
Gotham Season 4 Episode 17 Review & Reaction | AfterBuzz TV
Doctor Who: Jodie Whittaker Teases ‘Simple, Epic and Beautiful’ Regeneration Speech
How to Get All Cyberpunk: Edgerunners Equipment in Cyberpunk 2077
Streaming Tomorrow | Marvel Studios’ Shang-Chi and The Legend of The Ten Rings | Disney+