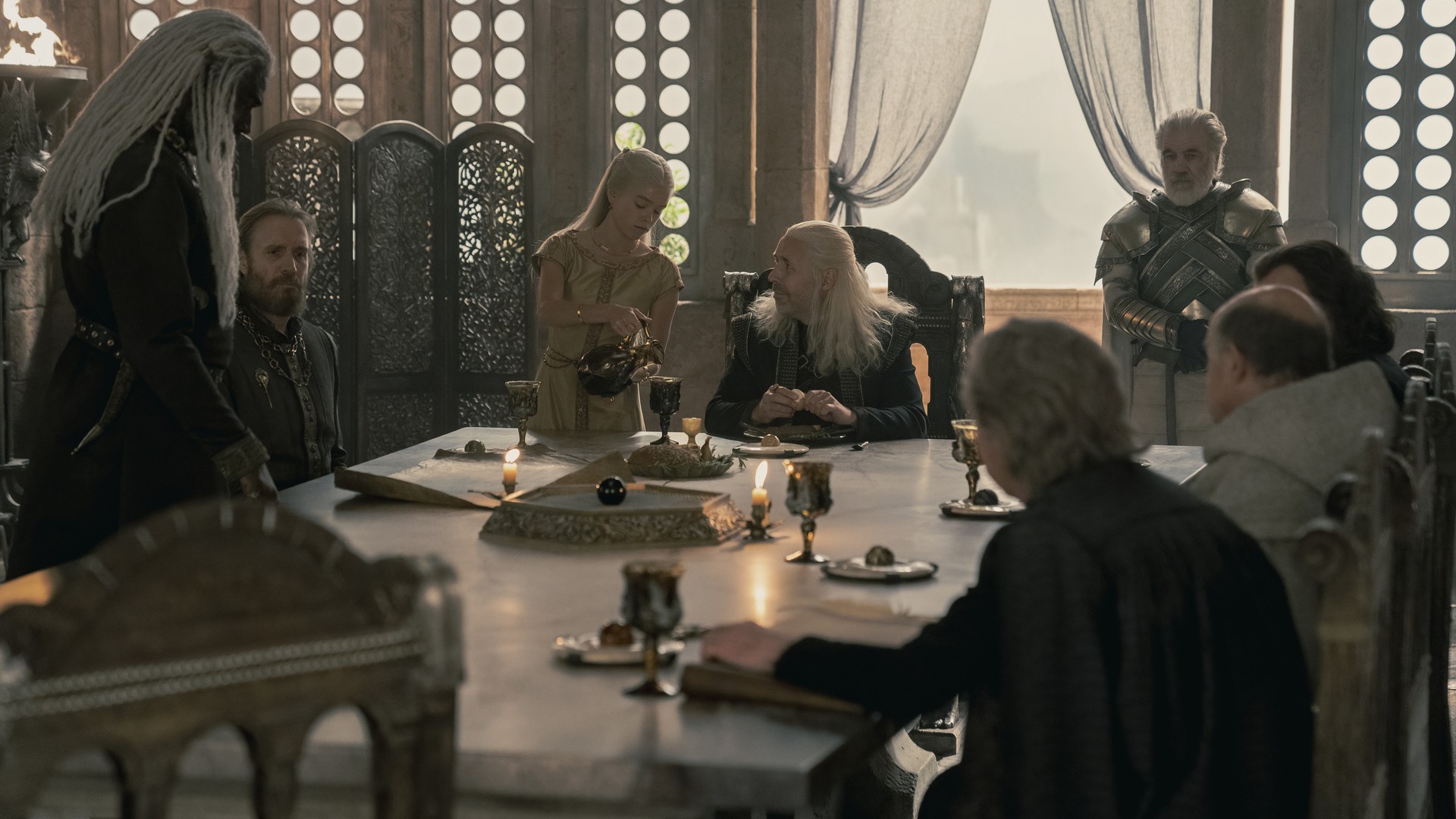 House of the Dragon is set during the Dance of the Dragons, a bloody civil war that divides the Targaryen dynasty and ultimately sows the seeds of their downfall. This war is caused by disagreements surrounding who will succeed King Viserys (Paddy Considine) to the throne when the time comes. Even though he has clearly named his daughter Princess Rhaenyra (Milly Alcock and Emma D’Arcy) as his chosen successor, there are some in the historically patriarchal realm who still don’t think a woman is fit to lead them. While House of the Dragon will focus greatly on the Targaryens and their civil war, this series, like its predecessor, will consist of an ensemble cast whose characters will expand the mythology of Westeros and provide the interwoven threads of drama and intrigue that Game of Thrones fans are used to. And don’t worry, there will be plenty of dragons, seventeen different dragons to be exact.

Game of Thrones fans who are still bitter about how the series ended will hopefully find solace in the fact that George R.R. Martin himself is a co-creator of House of the Dragon. His colleague and co-creator for the series, Ryan Condal, was handpicked by Martin. House of the Dragon is based on George R.R. Martin’s book Fire & Blood. However, it’s important to remember that unlike the “A Song of Fire and Ice” novels that Game of Thrones is based on, this novel, while still fiction, is written as a historical account of Westeros and the Targaryens during this time period rather than a more straightforward narrative story. Martin wrote this from the perspective of Archmaester Gyldayn, a historian whose sources have conflicting points of view on how the Dance of Dragons actually went down.

However this story plays out on screen, there’s bound to be some twists and turns that even the most seasoned Game of Thrones experts don’t see coming.

When and Where Will House of the Dragon Be Available to Watch?

In the US, the first episode of House of the Dragon will air on HBO at 9 p.m. ET on Aug. 21, 2022 and will be available to stream on HBO Max at the same time. Subsequent episodes will be released weekly on Sundays at the same time on both HBO and HBO Max.

How Many Episodes Will House of the Dragon Have?

House of the Dragon will have 10 episodes in season 1, though unlike Game of Thrones this series is set to tell its story in a non-linear structure that jumps between events that are 20 years apart.