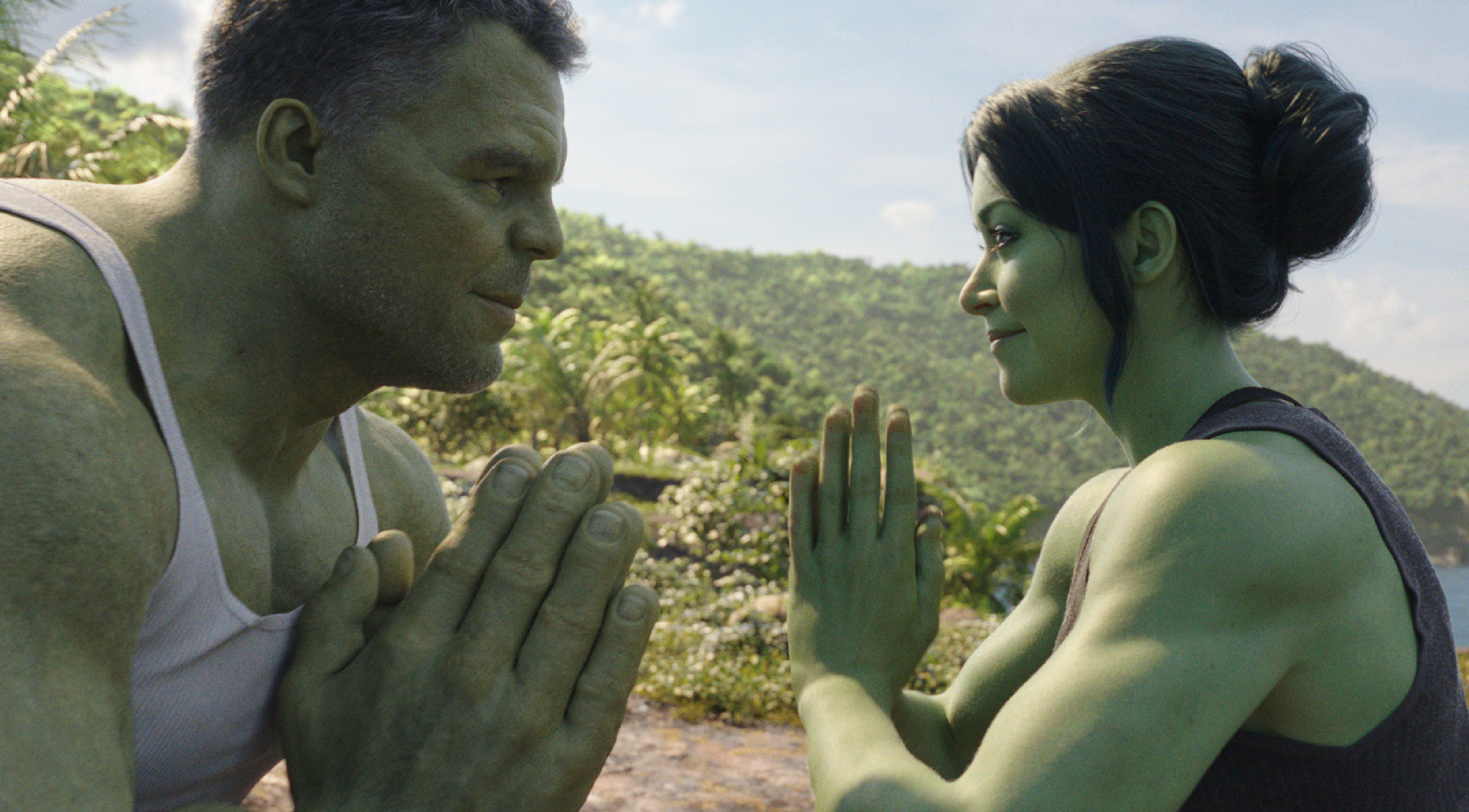 Some 42 years after she made her debut in the pages of Marvel Comics, She-Hulk has arrived in the MCU. The latest Disney+ series from Marvel Studios, She-Hulk: Attorney at Law, stars Tatiana Maslany as Jennifer Walters, an ambitious young attorney and single woman whose career and life take a turn for the strange when she is accidentally infused with the gamma-radiated blood of her cousin, Dr. Bruce Banner (Mark Ruffalo), known to us all as the Hulk.

Counseled by Bruce yet somehow able to manage her transformations into a large, green monster-woman much better than her cousin was ever able to, Jennifer at first refuses to entertain the idea of becoming a superhero – or even an Avenger – like her more famous relative. She just wants to live her life and pursue her law career as normally as she can. But being that this is the MCU, the world has other plans for the woman who comes to be known as She-Hulk.

“I love that she is a woman trying to live this very regular life, juggling a career and family and friends,” says Kat Coiro, who directed six of the show’s nine episodes and is also an executive producer. “Then she has these powers thrust upon her and she’s very reluctant to let them overtake her life.”

She-Hulk: Attorney at Law closes out the TV portion of the MCU’s Phase 4 and is both very much a part of the universe and yet very different from anything that has come before. Early in the series, well-known MCU characters like Bruce, Emil Blonsky/The Abomination (Tim Roth), and Sorcerer Supreme Wong (Benedict Wong) all come into the storyline, with more to come and previous events in the MCU acknowledged.

But at the same time, the show is a straight-out comedy in which an unattached, working woman deals with the everyday struggles and triumphs of succeeding at her job, navigating the dating life (including fending off unwanted advances), bonding with friends and family, and figuring out how to make it all work – while also occasionally turning into a powerful and intimidating green giant.

The comedic aspects of Jennifer’s story – as well as her somewhat frequent tendency to break the fourth wall and address the viewer directly, which she did long before Deadpool – derive specifically from her comic book incarnation, who starred in her own comic books, including The Savage She-Hulk and The Sensational She-Hulk, while also showing up in runs of The Avengers and Fantastic Four.

“I really wanted to honor the comedy that comes all the way from the original comics,” says Coiro. “The dry, meta, humorous, tone, which is really conveyed in the scripts, but also balance that with a cinematic scope and grandeur that I think MCU audiences have come to expect.”

Part of that cinematic scope involved extensive use of motion capture to bring She-Hulk to life alongside her cousin, the Hulk. While Mark Ruffalo had extensive experience with the process from his decade of playing Bruce Banner, Tatiana Maslany had less – but found her footing quickly, according to Coiro.

“The philosophy when you have actors like Mark Ruffalo and Tatiana Maslany is to really capture their performance above everything else,” she explains. “So all of the CGI was led by capturing their human nuances. Tatianna was new to it, Mark had been doing it for a decade, and they really related to each other in the fact that wearing those mo-cap suits with a camera in your face is totally unnatural … that bonding really played out well in the way their characters’ relationship manifested.”

For head writer Jessica Gao, She-Hulk: Attorney at Law is all about relationships – especially the one she hopes to forge between viewers and a character that she herself has loved (and wanted to work on for Marvel) for many, many years.

“It was really the John Byrne run that made me fall in love with her,” says Gao about the legendary Byrne’s run as writer and artist on The Sensational She-Hulk, which introduced many of the character’s satirical and meta aspects. “It was so fun and light. I love the levity of that run, because superhero comics are often very dramatic, there are a lot of heavy things that are happening, and a lot of men being very serious. It was just like a breath of fresh air.”

Gao adds that the humor which became intrinsic to Jennifer and her story also made her one of the more immediately relatable Marvel heroes. “I love that even when she was saving the city, or even saving the universe, she was still very irreverent and quipping and dealing with things with humor,” she says. “It just felt very real to me, because I feel most people deal with very difficult and traumatic situations using humor. That just felt like such a human thing to do.”

While She-Hulk: Attorney at Law is meant to be as funny and irreverent as the comics, what’s most important to Gao is that Jennifer’s story, her life as a modern woman (with a difference), and the show’s unfettered female gaze (all the major behind-the-scenes talent on the show are women) all provide that same “breath of fresh air” for viewers who might not have found a character they relate to in the MCU yet.

“It feels like this is uncharted territory for Marvel,” she says proudly. “This is an area that Marvel hasn’t pushed into before. I hope that people who do love Marvel, but have always kind of felt like they didn’t feel seen and didn’t feel represented, and didn’t really have somebody that was really directly related to them, now feel seen and now feel like they have that.”