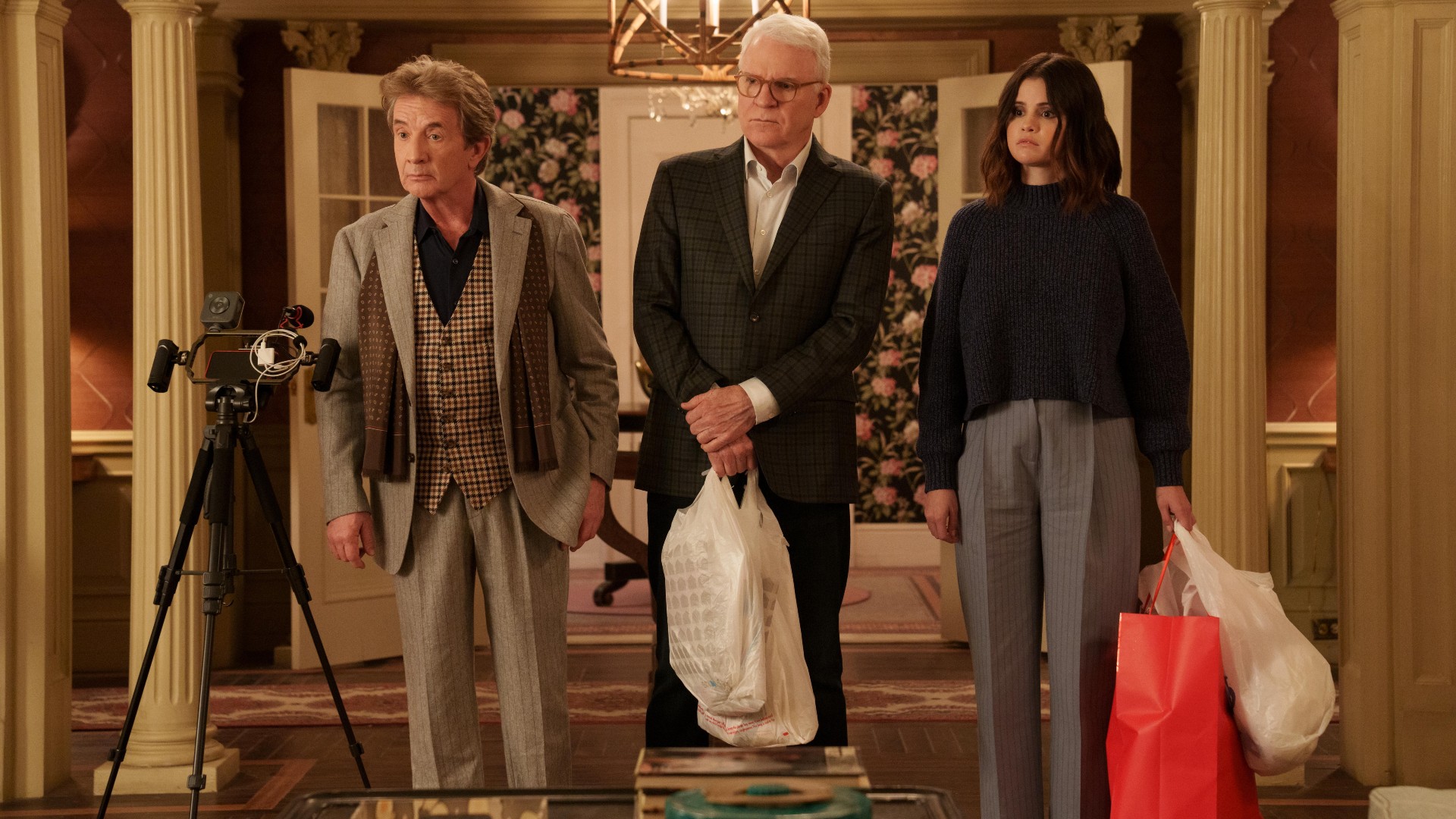 This Only Murders in the Building review contains spoilers.

Only Murders in the Building Season 2 Episode 10

The solution to a murder mystery is always incredible stuff if done well. With all of the pieces of evidence in hand, viewers and characters alike can solve the who-dun-it once and for all. When it comes to Only Murders in the Building, there’s so many items to check off the list it can get a little confusing where one plot thread ends and another begins. But just like in the first season, the team of writers behind this show does a fantastic job at settling scores and displaying what the motivations are for each character, including the murderer.

This second season has been a lot harder to get a grasp on who the murderer is going to be. And unlike last season when it was revealed Jan (Amy Ryan) was the killer, the culprit this time is a little less emotionally-jarring due to the lack of time spent with them. Let’s get it out of the way right now: Poppy White (Adina Verson) killed Bunny Folger (Jane Houdyshell). The revelation makes complete sense after learning about Poppy’s backstory.

The cold open of this episode does a marvelous job of incriminating Poppy as the main cog in Cinda Canning’s (Tina Fey) podcasting success. She was living a mundane life as Becky Butler in a town in Oklahoma. When Becky is finally through living with crappy circumstances, her warped solution is to disappear off the grid, literally.

Changing her identity to Poppy White, she gets into cahoots with Cinda, who gets her big break in the true crime genre solving a mystery we now know was falsified. Cinda never appreciates the loyalty Poppy gives her, which is a recurring theme throughout the season. As Charles, Oliver, and Mabel are able to unearth this motive, the crime is more easily solvable.

The majority of the finale is taken up by a semi-confusing, but quite hilarious party the trio throws to reveal the identity of the killer. They have decided they are going to frame Cinda, with Charles and Oliver sinking their teeth into the snobby, arrogant host. Instead, Mabel decides to come out of right field and throw accusations at Alice (Cara Delevigne). Mabel’s ex-girlfriend “stabs” Charles as she attempts to escape the allegations, and the room celebrates the discovery of Alice as the criminal.

This is enough to push the true suspect out into the open once and for all, as Cinda’s congratulatory remarks towards Mabel’s sleuthing provokes Poppy’s extreme jealousy and frustrations. The whole celebration was a set-up to get Poppy’s confession, and it works.

This scene is executed excellently, mostly because putting all of Only Murders’ characters, cardinal and ancillery, into one room at once is comedy gold. Howard’s (Michael Cyril Creighton) over-the-top reactions to the events, Uma’s (Jackie Hoffman) off-hand remarks about the state of the Arconia, and Charles and Oliver’s tag team slow-motion antagonism of Cinda all mix together like blood in the water.

Poppy’s stewing makes complete sense after finding out her backstory. She wants to live an exciting, mystery-solving life and get credit for her dues. Killing Bunny to do so seemed to be the perfect opportunity to cash in, but Poppy’s lack of personal connection to the main characters lessens the shock value and the validity of the reveal. Why does it really matter? Jan’s murder last season was jaw-dropping partially because we had learned so much about her through Charles for the entirety of the season. When the mystery is heavily reliant on the trio of stars, it makes us feel like we are watching something vital. Poppy was a miniscule presence during season two, and her lack of screen time makes the outcome a little disappointing.

The season closes with Oliver admitting to Will (Ryan Broussard) that the paternity test results were not what he claimed them to be, and there’s a sentimental, yet rushed moment of bonding between the two. Oliver and Will are father and son, no matter what the DNA says.

There’s a time jump to over a year later. Oliver is directing on Broadway. Charles has reclaimed his starring role on Brazzos. Mabel is just happy there hasn’t been another morbid event in a while. And then Paul Rudd appears out of the blue as Charles’ casting mate on set. During the big night of the show, Rudd’s character is suddenly killed right before our very eyes. Who did it though?

Only Murders in the Building has now set up their presumptive third season with another glamorous guest star, but they have to figure out how to avoid a newfound achilles heel: repetition. I trust Steve Martin and company will find novel sources of creativity in their wake, but there needs to be more of an emphasis on the murder tying completely back to the lives of the three main cast members. Without that crux, the show is going to run out of steam much quicker than we previously thought.