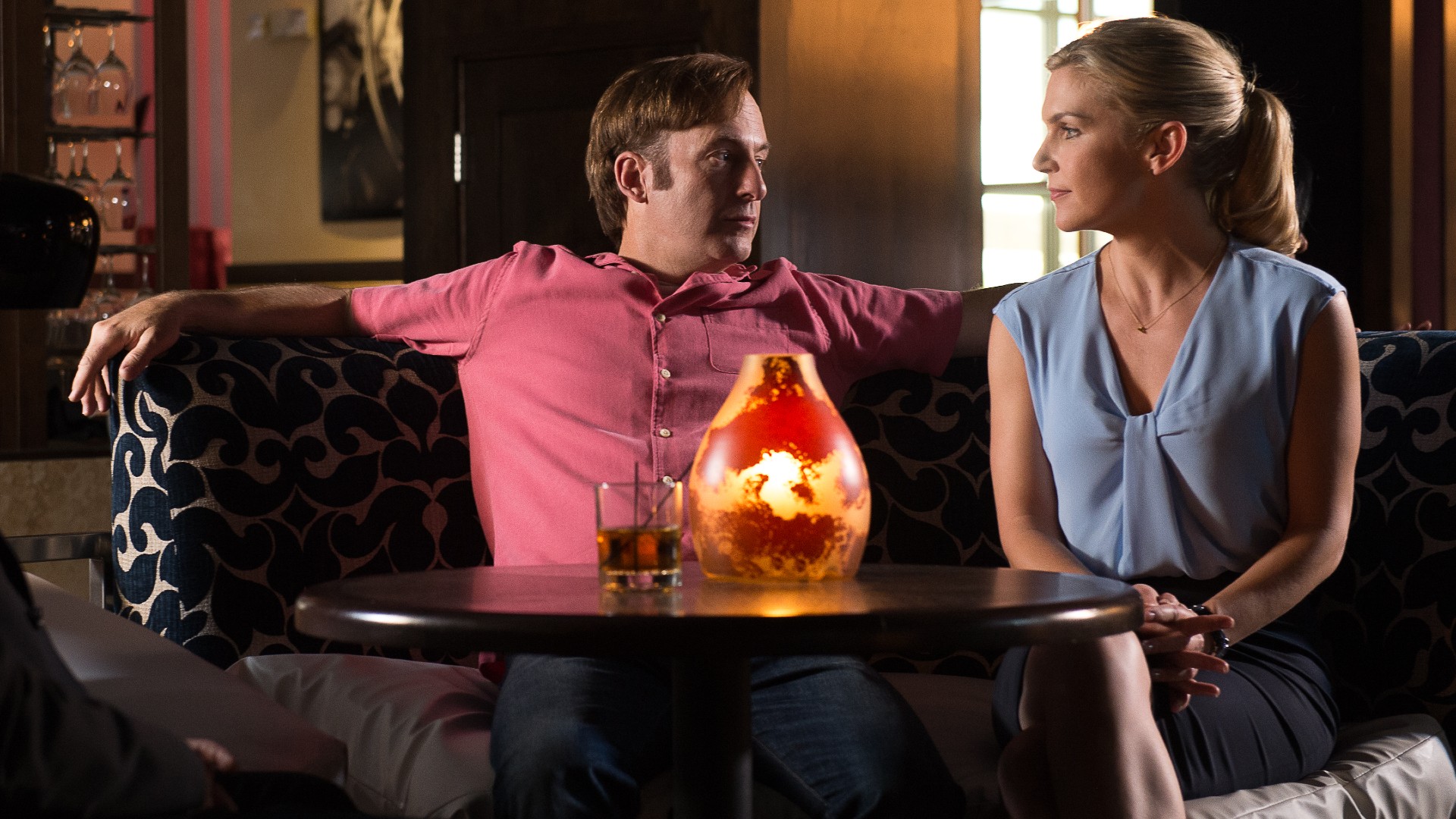 Better Call Saul is a literary show. An article of clothing is not just something to wear. A cinnamon roll is not just the dessert that Gene Takovic (Bob Odenkirk) makes while hiding in Nebraska. When we see these objects pop up throughout the story at important times, or they recur constantly, it’s safe to say creators Vince Gilligan and Peter Gould are trying to tell us something.

With the entire show completed, and every random item accounted for, we decided it was time to decode some of the most important and memorable symbols in the show. Tell us if we missed your favorite one in the comment section. Let’s begin!

There are many momentous occasions in the relationship of Jimmy McGill and Kim Wexler, but perhaps one of the most fond memories for both characters is when they went on a scamming binge at the beginning of the second season premiere. Ever since that night out on the town, the bottle stopper on top of the Zafiro Añejo tequila they drank represented the unique bond between the two lovebirds.

It was a beverage that was often enjoyed to celebrate something, such as the Sandpiper settlement nearing its end in the third season. It was also a drink used for coping with sorrow, like when Chuck committs suicide and Jimmy and Kim are trying to grasp with the aftermath. Perhaps there is no bigger moment for the bottle stopper than when it rolls off a moving truck outside Saul’s house in the sixth season cold open.

The stopper was a token of Jimmy and Kim’s romance, something to allow Jimmy to remember his only companion during the worst times in his life as Saul. It’s a beautiful symbol, one that audience members will remember long after the show’s airing.

Slippin’ Jimmy and his friend Marco (Mel Rodriguez) are just two friends who want to have some fun. Unfortunately, it’s typically at the expense of others. The main scam they run on ignorant bar attendees involves a watch that Marco and Jimmy play off as a valuable Rolex, when it’s in fact a worthless time keeper.

Why is this watch the object that symbolizes Jimmy’s scheming past? Time is something we can never get back. The clock will eventually run out on Jimmy’s sad decisions in life. Each time Marco uses the watch to bait someone, it’s a reminder that it will not go on forever. Ironically, Marco dies in the middle of the duo’s last scene together in the season one finale.

Even after getting a more extensive look at Gene’s life as a Cinnabon worker in the last four episodes of the show, many fans are probably still wondering why this sugary baked good was the object of his employment post-Breaking Bad. Why not hamburgers? What about shoes or attire, especially considering Jimmy’s predilection for fashion.

The Cinnabon Cinnamon rolls are a unique symbol of Jimmy’s attempts to rework his life, to knead it into a more morally-acceptable form. Jimmy is also a caring individual when he wants to be. We see that when he takes care of Chuck and does whatever it takes to keep Kim in his life. Being in a bakery means you are putting love and affection into your job.

Let’s also give a special shout out to prisoner-Jimmy for still getting to work around flour for the rest of his life. We see a glimpse of him making bread in a kitchen right before being called in to talk to Kim in the last scene of the series.

There’s a distinct difference between the clothing ensemble of Jimmy McGill and the closet collection of Saul Goodman. Even though all of Jimmy/Saul’s fashion choices toe the line between chic and outlandish, his ties are a special symbol of how much he cares about the limelight.

Once Jimmy goes full Saul, his suits start to really strike your eyes. His ties, on the other hand, have always been stunners. They display a rainbow of traits, and we know that Vince Gilligan and Peter Gould use specific colors for specific feelings and meanings according to the Breaking Bad Wiki.

When Jimmy reveals Chuck’s electromagnetic sensitivity to the world in “Chicanery,” he’s wearing a burgundy tie. This shade of red demonstrates his danger to Chuck. When Jimmy tries to sell his identity as Saul Goodman to the courthouse in “Magic Man”, he’s wearing a spotted orange tie. He’s ready to take action for his clients against the injustices of the ABQ’s legal system.

When recurring characters are killed on television, we often don’t get to see the fallout for those who loved them. This is why it was such a poignant shock to see Werner Ziegler’s widow appear in season six’s fifth episode, “Black and Blue.” The cold open that precedes her cameo is one of the show’s masterful little demonstrations of the art that makes up the mundane.

We don’t know until the end of the episode that this plaque was a dedication from Werner’s construction crew to him in memoriam. It represents the human element of smaller characters, and that even though they disappear from our conscience when they’re gone, they live in eternity for their spouses, friends, and coworkers.

Chuck McGill was a brilliant legal mind and a fascinating individual in his personal life. He’s revealed to enjoy cooking and playing the piano, often entertaining guests in his beautiful home before his mental illness takes hold of him. You could say Chuck is a bright light in the Albuquerque community.

This light is represented by the lantern that he carries around his abode incessantly once his EMS ravages his inner being. When it’s lit, he can still be Chuck. The lantern lights his desk when he’s figuring out how to win the Sandpiper case, and it goes out when he uses it as a conduit of suicide.

We always wanted to know why Saul has an unnecessarily large collection of burner cell phones in the first show. His predilection for the devices starts when he has to become a cell salesman while on legal sabbatical for assaulting Chuck. He starts using them throughout the rest of his life, even stowing one away in the series finale and attempting to use it from the dumpster that the police finally catch him from.

The burner phones symbolize Jimmy’s need to be in touch with the sleazy side of the world at all times. He doesn’t want to play by the rules, and he’ll find any way to break them. Cutting corners is the name of the game, and a burner phone makes his shortcuts one dial away.

Gus Fring is constantly aware of his surroundings, juggling his career as a fast-food executive with his cartel affiliations without ever being caught. Sometimes his two worlds collide in jarring unison, and something as insignificant as a curly fry can be that catalyst.

Los Pollos Hermanos’ Spice Curls were introduced in the fifth season at a conference in Germany, and they get reacquainted with the audience when Gus is taking an order in the sixth season at his restaurant.

These scrumptious potato snacks symbolize the times that Gus can no longer block out the noise in the drug game. He ties Lalo’s location to the place that birthed the menu item at hand here, reminding us in the process that no detail goes unnoticed for him.