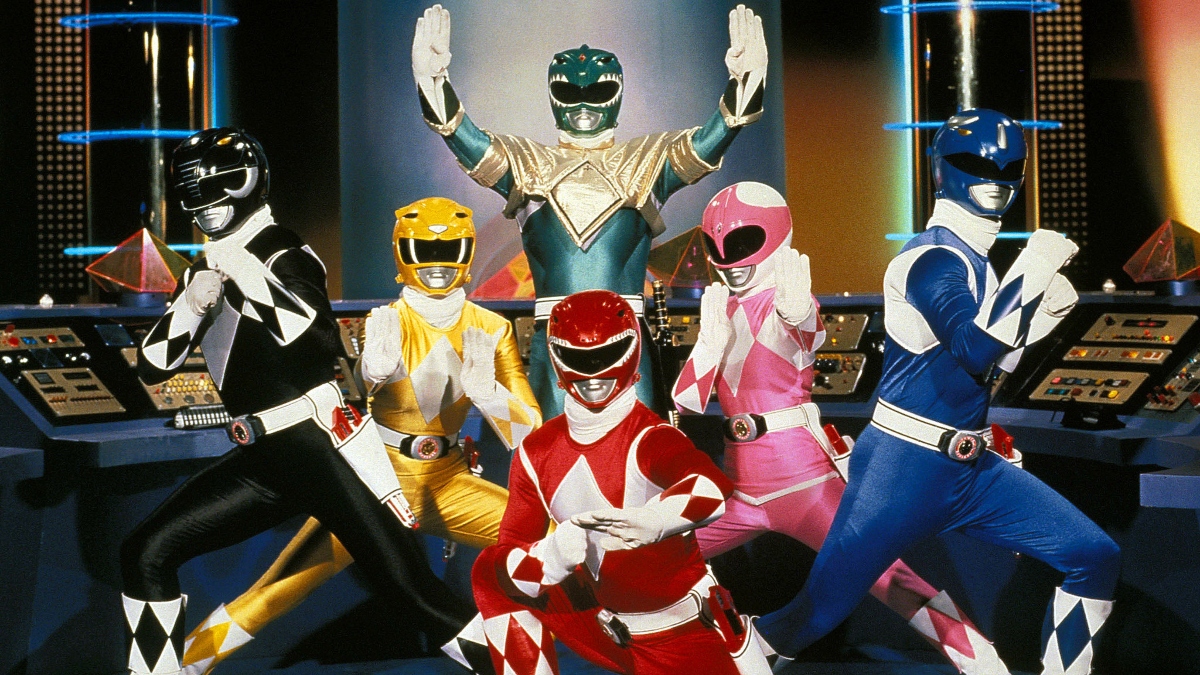 Power Rangers will celebrate its 30th season next year and it’s tackling this anniversary season with a true throwback to the past For most of its life, each new Power Rangers season would feature a completely new cast, story line, and a new adaption of a Japanese Super Sentai series. This somewhat changed starting in 2011 with Power Rangers Samurai where the traditional season was broken into two smaller seasons but it was still business as usual. The only seasons that carried over a large majority of their casts were the first five, Mighty Morphin Power Rangers, Power Rangers Zeo, Power Rangers Turbo, and Power Rangers in Space.

However, for the first time since those seasons, Power Rangers: Cosmic Fury won’t be introducing a whole new cast. Instead, Cosmic Fury will feature the entire main cast from Power Rangers Dino Fury returning in their same roles. A video from Hasbro Pulse confirmed the news, with current showrunner Simon Bennett sharing small teases of what we can expect. Let’s break them down!

Bennett stated that the Dino Fury Rangers will become “the Cosmic Fury team” and will follow, “their adventures as they fight bad guys (that) will take them into outer space and across the galaxy.” This is an exciting tease for fans of the franchise, as Power Rangers has a history of exploring alien worlds. Power Rangers in Space, a huge fan favorite, had the Rangers traveling to different worlds and Power Rangers Lost Galaxy had them explore even further. Those seasons were in the ‘90s though and while we’ve had a few jaunts into space since then, Cosmic Fury could bring back this exciting element of the franchise. Imagine, the Rangers could visit alien worlds from previous seasons. We could see races we’ve only ever glimpsed! It could also be the perfect excuse to bring back numerous old Rangers or supporting characters.

While it may seem like a leap to go from a dinosaur themed season to a more space focused one, the story of Dino Fury makes this logical. Zayto and Aiyon are both aliens from the planet Rafkon and the search for their home planet has formed the backbone of their story lines. It’s not impossible to imagine these two helping facilitate the Rangers’ trip to the stars. Plus, Dino Fury still has a whole other half season to go. Anything could happen there, including a potential set-up for the plot of Cosmic Fury itself.

More importantly though, carrying over the Dino Fury cast means we get to spend more time developing the current cast. The Dino Fury characters have been a hit with fans, in particular our first canonical televised queer Ranger, so the chance to see them take on new challenges is an exciting one. One of the reasons the original MMPR team is still so beloved to this day is because they stuck around for multiple seasons. We got to see them grow and change over time. If the Dino Fury cast gets to stick around for Cosmic Fury (and possibly beyond!) it would be a huge chance for a new era of Power Rangers to leave a lasting mark.

A new name for the season would seem to indicate that Cosmic Fury will, as past seasons have, ditch the Sentai series that was being adapted for Dino Fury, Ryusoulger. Tantalizingly we don’t even know if that’s the case. The reveal of Cosmic Fury gave very little hint to what the plan is behind the scenes for the use of Sentai, but there are several theories that have some justification.

1: Business as usual and they adapt a new Sentai. The safest bet, as it’s Power Rangers tradition at this point. The Rangers will somehow lose access to their Dino Fury powers and they’ll receive a new set of suits and weapons. What Sentai they’ll draw from is the big question. There are several recent Super Sentai series that haven’t been adapted into Power Rangers yet, though the safest bet would be the 2017 series, Kyuranger. A space themed series with a team of Rangers that feature the same colors as the Dino Fury Rangers seems like a slam dunk, especially since it was created with some input from former Power Rangers toy manufactures Bandai of America. Still, Power Rangers has thrown us curve balls before with its use of Sentai. Lost Galaxy, a series featuring a traveling space colony, was adapted from the nature themed Sentai, Gingaman. Anything is possible!

2: Adapt a new Sentai but keep the Dino Fury suits. The precedent here is Power Rangers Super Megaforce, a sequel to Power Rangers Megaforce which adapted the Sentai series Goseiger. Super Megaforce primarily adapted from the Sentai series Gokaiger but used the Gokaiger suits as a “power up” mode to the Goseiger suits. The same could happen in Cosmic Fury, with the Dino Fury powers being a “base” form and the Cosmic Fury powers being a “power up.”

3: No new Sentai. Keep adapting Ryusoulger. An odd choice, as Dino Fury has already used a large chunk of the available footage but there should still be some left over if they wanted to use every bit of it.

4: Adapt another Sentai but only use Ryusoulger suits. Mighty Morphin Power Rangers Seasons 2 and 3 kept the Ranger suits from the first Sentai ever adapted, Zyuranger, but utilized monster and megazord footage from Dairanger and Kakuranger. Maybe Cosmic Fury will take a similar route and shoot all original fight scenes but the Rangers will have new Zords and fight a new set of villains.

5: No Sentai at all. All original. An unprecedented move to be sure and the least likely. While some Power Rangers seasons have used less Sentai than others, they all primarily used Sentai footage as a base to work from. In fact the entire business model for Power Rangers is constructed around using the Japanese Super Sentai footage as a way to cut costs. When you don’t have to shoot a third of your show, you can see why the show has stayed on the air for so long. Still, this would be a huge undertaking for Cosmic Fury. They’d (possibly) use the Dino Fury suits but shoot all original footage. They could make use of some Sentai monster suits they haven’t utilized yet but besides that it would be all original. This option would be massive change for the franchise so don’t put too much stock in it.

The second season of Power Rangers: Dino Fury debuted exclusively on Netflix in the United States and it seems that Cosmic Fury will do the same in 2023. A post from Dino Fury Red Ranger actor, Russell Curry, stated that Cosmic Fury will be coming to Netflix in 2023. It should be noted however that neither Simon Bennett’s statement for Hasbro Pulse nor the official press release mention Netflix in relation to Cosmic Fury, so this may just be an assumption on Curry’s part. Still, it wouldn’t be a surprise to see Cosmic Fury debut on Netflix considering the streaming service has big plans for the Power Rangers franchise.

How Long Will Power Rangers: Cosmic Fury Be?

Right now all we know is that Cosmic Fury will be the 30th season of the franchise. We don’t know how long that season will be or if it will continue over multiple seasons. Since 2011, Power Rangers seasons have varied from 20-22 episodes so the same could apply to Cosmic Fury but we’re in unprecedented waters here. Anything could happen!

With the continuing cast of Rangers, a space location, and the chance for an unconventional use of Super Sentai footage, Cosmic Fury is shaping up to be a truly historic season for Power Rangers. Perfect for the 30th anniversary!

Why Google Stadia Failed and Is Finally Shutting Down
The Legend of Zelda: Who Created the Triforce?
Streaming Tomorrow | Marvel Studios’ Shang-Chi and The Legend of The Ten Rings | Disney+
Why the Multiverse Could Be the Key to Wanda’s MCU Return
The Suspect Episode 5 Review: The Finale Reveals Who Killed Catherine