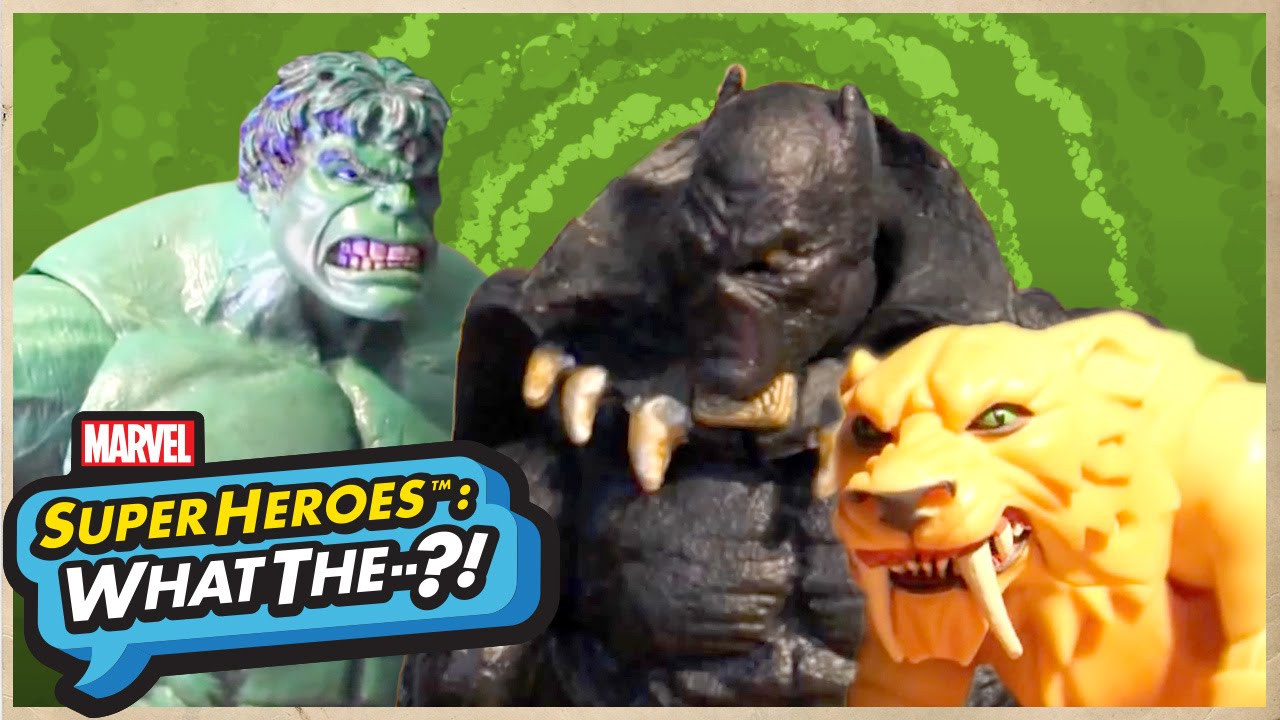 M.O.D.O.K.’s on safari in the African savanna and, per usual, his unbridled thoughtlessness can’t go unnoticed. Watch what happens when The Incredible Hulk, Black Panther and Zabu team up to teach the big-headed blowhard an Earth Day lesson he won’t soon forget!

Be sure to see “African Cats” during its opening week (April 22-28) and YOU can help “Save the savanna.” For details, check out: http://disney.go.com/disneynature/africancats/ About Marvel Super Heroes: What The–?
Witness a Marvel Universe like you have never seen before with a comedic take on your favorite heroes and villains using stop motion animation! Marvel Super Heroes: What The–?! continues Marvel’s tradition of comic book satires as made popular in the Marvel comic book series NOT BRAND ECHH (from the 1960s) and What The–?! (from the 1990s). This time around, it’s not only a new millennium but a new medium, with Marvel exercising its might in the world of stop-motion animation.