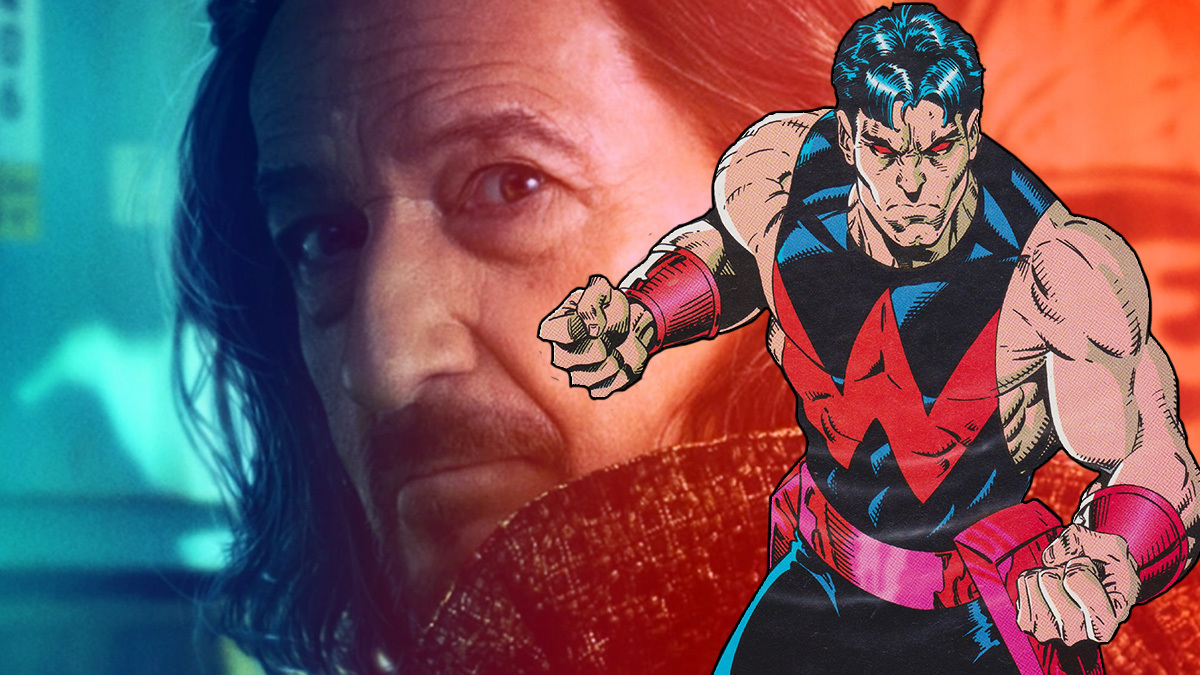 Ever since three of its key members died or retired in Avengers: Endgame, MCU fans have all had the same question: who even are the Avengers anymore? MCU chief Kevin Feige has been pretty tight-lipped about when we’ll see the next lineup or who’s in consideration, but a mainstay of the comic book team will be making his way to live-action soon. Wonder Man is currently in production for Disney+, a show about ionic-powered superhero Simon Williams.

Largely unknown to non-comics readers, Wonder Man is one of Marvel’s most interesting characters; a guy with a convoluted history, even by superhero standards. There are many different types of stories that creators can tell with Wondie, but the recent news that Ben Kingsley will be reprising his role as Trevor Slattery gives us a pretty good idea about the type of show Wonder Man seeks to be.

Who Is Wonder Man?

A lot of beloved characters have inauspicious beginnings, but it’s hard to see how anyone managed to salvage Wonder Man from his first appearance in 1964’s Avengers #9, written by Stan Lee and drawn by Don Heck. Not only did Wonder Man begin life as a villain, but he also had the silliest motivations imaginable. Williams choose to undergo secret experiments from Baron Zemo and become Wonder Man just because he hated Tony Stark. Which is fair enough; lots of people hate Tony Stark. He’s an arrogant jerk!

But Williams hated Stark not just because he lost his fortune when Stark Industries’ success tanked the profits of Williams Innovations, the munitions company Simon inherited from his father. No, Williams hated Stark because he then decided to embezzle funds from that company and got caught and imprisoned. If that sort of wild accusation is not enough, Wonder Man donned one of the more garish costumes of the early Marvel era, a green and red number topped by a doofy-looking helmet, and promptly died in his first tangle with Earth’s Mightiest Heroes.

No! Wonder Man rules, but not because of that story.

Over the years, Wonder Man has been at the center of some of the best Avengers tales. Wonder Man realizes the error of his ways and turns against Zemo to help the Avengers in his first appearance, sacrificing himself to save the team. To honor that sacrifice, Ant-Man saved Williams’s brain patterns, hoping to someday bring the hero back. Which he does, sort of. When evil robot Ultron goes mad and creates his own synthetic person to emulate his creator Hank Pym (not Tony Stark, as in Avengers: Age of Ultron), the villain uses Simon Williams’ saved brain patterns to make the Vision.

Secondly, Wonder Man came back to life and joined the team at a particularly important point in its history. After a few false starts, Simon Williams fully returned to world of the living in Avengers #160 (1977). He quickly paired up with former X-Man Beast to become one of superhero comics’ greatest duos, bringing a buddy energy still unmatched by other Avengers.

Finally, Wonder Man has a weird and compelling history. Thanks to the mercurial nature of his ion-energy-based powers, Wondie changes looks, powerset, and even personality every couple of years. Furthermore, the relationships with his brother Eric (a bad guy called the Grim Reaper) and Vision keep Wonder Man in constant tension. Sometimes, he sees Vision as a brother, and other times as a rival — especially when Simon starts to fall for the Scarlet Witch. In short, Wonder Man may be Marvel’s hot-messiest hero, and his mere presence is enough to start some delicious drama.

Wait, Back Up. Wonder Man Is Vision?

No, not exactly. In fact, Ultron based the Vision’s body on that of the original Human Torch, an android from World War II who predated the Fantastic Four member. But Vision does have the same memories and thought patterns as Wondie, which means that the two find themselves sometimes working together and sometimes at odds with each other.

All of that said, it seems unlikely that any of those connections will be used in the MCU. Both versions of Vision were created by Ultron and make magical chaos babies with the Scarlet Witch, but their similarities stop there. Ultron in the MCU emulates his quippy creator Tony Stark and creates Vision from experimental synthetic flesh, leaving out both Wondie and the original Human Torch. Furthermore, the casting of Kingsley as Trevor Slattery suggests that MCU Wonder Man won’t initially spend a lot of time moping around with the Avengers.

Is Trevor Slattery Wonder Man’s Arch-Enemy in the Comics?

Wonder Man’s arch-enemy is Grim Reaper, because brothers, and Trevor (sadly) is not in the comics. The return of Trevor indicates that the Disney+ series will be drawing from one of Wondie’s more unique iterations. In addition to being a super-genius, a being of pure energy, and occasionally dead, Simon Williams also has stints as a model, stunt man, and movie star. In fact, the Wonder Man series of the 90s focused on Simon’s time in Hollywood, a fun story about superheroes and celebrity culture (which happen to be written by a man who, thankfully, is currently in prison). During that series, Wonder Man battled baddies like Splice, a man with a film-editing gimmick and giant swords for hands and Gamma-Burn, a TV fanatic whose plans to use gamma radiation to reverse aging turns her into a monster.

In the same way that She-Hulk: Attorney at Law brings superheroes into the world of sitcom courtrooms, Wonder Man will likely operate as a self-aware Hollywood satire. As Simon and Trevor, surely looking to return to return to showbusiness after his adventure in Shang-Chi and the Legend of the Ten Rings, make their way through the studio system, they’ll likely deal with arrogant executives, deranged fans, and other elements of tinsel town detritus. We may even get to see in-universe versions of the MCU blockbusters we enjoy, not unlike the Rogers musical shown in Hawkeye. But ultimately, it’s hard not to believe that Wondie will follow his comic book counterpart at some point and join the Avengers.

Who Will Be Cast as Wonder Man?

Nathan Fillion might be Wonder Man, but probably not. When Fillion’s buddy James Gunn was shooting Guardians of the Galaxy Vol. 2, he got the Firefly star to shoot a few pictures as Simon Williams for movie posters in background shots. None of those posters actually made it on screen, and Fillion was never officially cast, but fans still make the connection. Honestly, Fillion would be perfect for the humor of a Wonder Man TV show, but at 51, he’s a bit older than Marvel likes for new heroes.

Whoever they choose will have a tough task ahead of them. Not only will the actor need to play the goofier side of Simon Williams for his Hollywood adventures, but he’ll also need to play the depth of a guy who has seen death and eventually joins the Avengers. It’s a tall order, to be sure, but the right actor will make Wonder Man of the MCU just as beloved as his comic book counterpart.

The Suspect Episode 5 Review: The Finale Reveals Who Killed Catherine
Jacques Colimon & Emilio Garcia-Sanchez on Society Season 1 Episodes 9 & 10 | AfterBuzz TV
MST3K Season 13 is Embracing the Chaos
The Last of Us HBO Series: How Melanie Lynskey’s Character Expands the Game’s Universe
House of the Dragon: Larys Strong Is the Tyrion Lannister of His Day