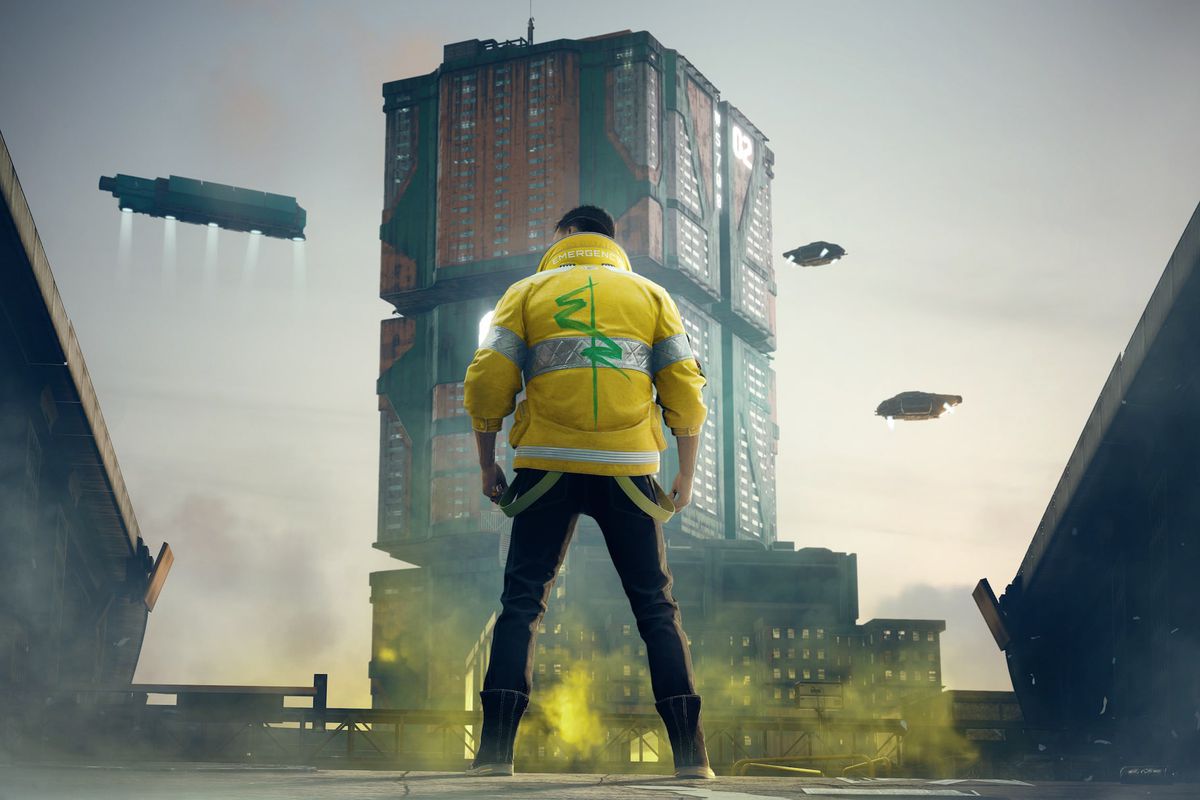 It’s no secret that Cyberpunk 2077 launched in a disappointing, broken state in 2020, and CD Projekt RED has spent the last two years playing catch-up to fix a myriad of issues. This work has primarily consisted of patches that cleaned up bugs, made tweaks to gameplay, and added missing features. The just-released Patch 1.6, for example, adds cross-platform saves, a tool for installing mods, and a transmog system for your character’s wardrobe.

But now the studio thinks it’s finally ready to do more than just fix its sci-fi epic. CD Projekt has released a trailer for Cyberpunk 2077’s first and only expansion, Phantom Liberty. The video teases players with new weapons, characters, and locations, as well as a new standalone story. This is also the perfect time for the game to add few missing features that were promised but never delivered at launch.

Patch 1.5 introduced some much-needed NPC AI improvements. Not only did this update make enemies smarter, it also made pedestrians react more realistically to attacks. But these improvements were a far cry from what was originally promised.

In a highly controversial 2018 gameplay trailer, CD Projekt promised that every NPC would live their lives in a day and night cycle. Not only did the the launch version’s NPCs not stick to schedules, but you could barely call them intelligent at all. Patch 1.5 improved this, but only in the sense that it finally gave them survival instincts. But it hardly feels like any of the NPCs are actually more than just set dressing while you run around the city, let alone smart enough to know when it’s time to go to bed or go to work.

Given the sheer number of NPCs in the game, not even the world’s most powerful supercomputer would have enough processing power to make every character, important or otherwise, follow a realistic schedule. But the updates that will come bundled with Phantom Liberty should finally address how time of day affects the crowds and people you encounter throughout the game.

During the game’s first big demo, the studio teased what fans should expect from Cyberpunk‘s many story missions. This included an early job to purchase a spiderbot that is far less important than the game makes it out to be. Phantom Liberty could change that.

The Militech MT0D12, better known as the Flathead, is a major part of the early mission “The Pickup.” The section where an NPC shows off the Flathead’s capabilities, including its ability to walk on walls, is mostly intact from the gameplay trailer, but originally, the mission would lead to the Flathead becoming one of the player’s companions. That part of the Flathead’s significance was left on the cutting room floor, though. It’s just a MacGuffin in the final product.

Since Phantom Liberty will apparently revolve around V working with the US government, this DLC would mark the perfect opportunity to kit them out with top-of-the-line military tech. Since Militech arms the US government in the world of Cyberpunk, and since the Flathead is a Militech product, it would be a no-brainer to finally let players have one. It’s a foregone conclusion that players will engage in all sorts of covert ops in the new expansion, and given the Flathead’s wall-scaling abilities, the spiderbot would be more than useful.

The monorail is one of the most infamous pieces of cut content in Cyberpunk 2077. Every contemporary or futuristic open world game worth its salt has a working train, but not Cyberpunk 2077. CD Projekt RED planned to include one, but didn’t. That could change with the upcoming expansion.

Dedicated digital explorers have found countless train hubs all over the game world, some more complete than others. Interestingly, quite a few of these locations apparently sync up to existing fast travel points (or feature their own unique ones). The running theory is that CD Projekt wanted these monorail hubs to serve as Cyberpunk 2077’s dedicated fast travel stations but ran out of time and swapped to fast travel points instead. Currently, the only way to actually use the game’s monorail is to download a mod that expands on the skeleton the developers left behind.

If the studio had to scrap their monorail work to meet the launch deadline, then Phantom Liberty would be an excellent opportunity to finally finish what they started. The foundation is still there, and it took modders a little over a year to unofficially patch the train system into working condition. Since the DLC won’t release until 2023, three years since launch seems like more than enough time to patch a monorail system into the expansion so everyone on consoles can finally use it, too.

When audiences think of cyberpunk, their minds go to scenes of mercenaries using machine-augmented bodies to perform inhuman feats of acrobatics. To be fair, the image such thoughts conjure up are pretty badass, so it’s a huge shame the feature isn’t in Cyberpunk 2077.

Before Cyberpunk 2077 launched, one of the game’s many touted features was the ability to run on walls like a cybernetic ninja. It sounded like a cool gameplay flourish, especially since players were also supposed to be able to turn the main character’s arms into mantis blades. However CD Projekt RED’s level designer Max Pears told Game Reactor that the wall-running mechanic had to be scrapped due to “design reasons.” No elaboration as to what got in the way was given at the time, just that the studio couldn’t work out the mechanic.

But much like the tram system, modders once again stepped up to finish what CD Projekt RED started. Well, sort of. Modders weren’t able to quite get the hang of coding a proper wall-running mechanic into the game, but they were able to create a Wall Hang mod that lets players crawl up walls like Spider-Man.

Is it possible that the studio will finally release a finished version of this mechanic as part of their biggest update to the game? We sure hope so.

Many games with collectible equipment give players the option to play through the game again and completely wreck house with items they unlocked during their first playthrough. Cyberpunk 2077 is not one of those games.

On the surface, New Game Plus sounds like a boring addition since it’s just a mode that lets players go through the same missions with stronger weapons. But New Game Plus also usually increases the difficulty, offering a new challenge, while also hiding even more weapons to unlock, making it all worth the second playthrough.

While CD Projekt RED’s previous title, The Witcher 3: Wild Hunt, didn’t ship with New Game Plus, the mode was patched in several months later. Two years after Cyberpunk 2077’s launch, New Game Plus is nowhere to be found.

Phantom Liberty would be an ideal spot to add this feature in since it’s an expansion that is clearly meant to take place during the main game’s story, not before or after. With New Game Plus, players could take a completed save with all of their upgrades and equipment, start a new journey, and then dive straight into the expansion without losing anything.