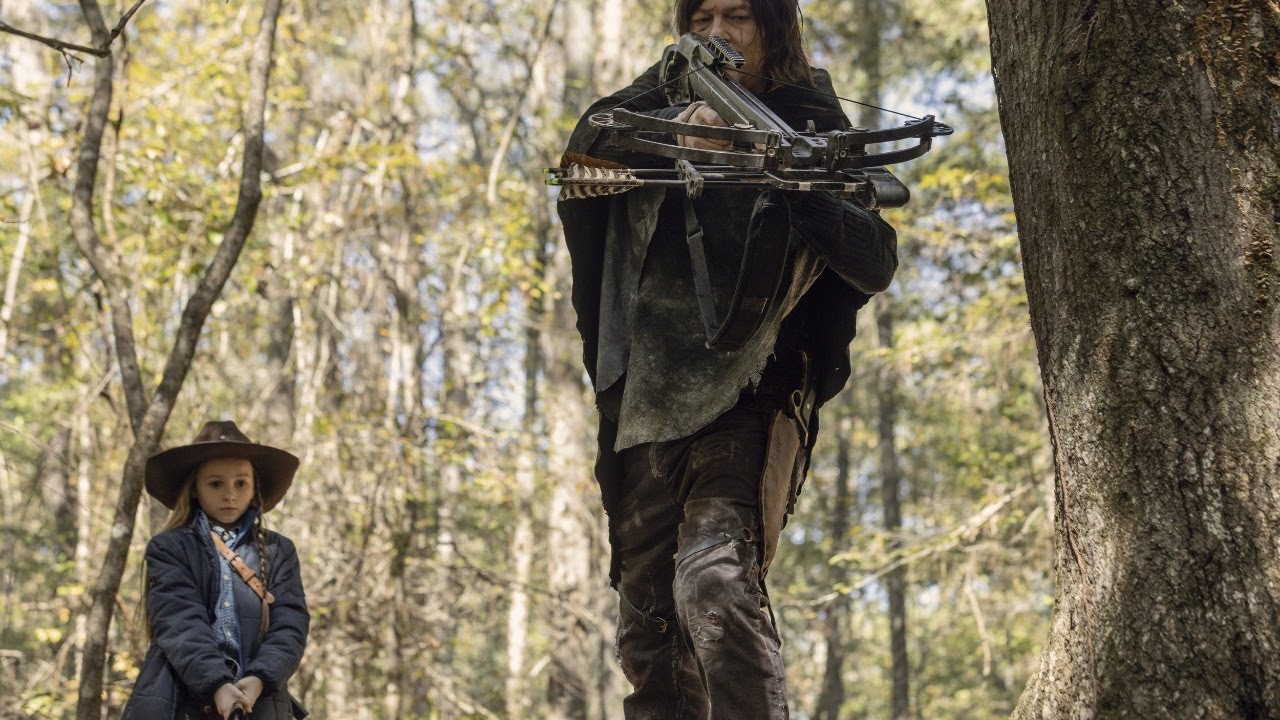 Share on Facebook
Share on Twitter
Share on Pinterest
Share on LinkedIn
Share on Facebook
Share on Twitter
Share on Pinterest
Share on LinkedIn
On the penultimate episode of The Walking Dead season 15, Beta guides his horde on instinct (or on the supernatural guidance of Alpha?). As he becomes further unhinged, if that’s even possible, some members of the whispers follow him blindly; but others seem to be getting away while they can. One of the whispers who left encounters Daryl and Judith in the woods; but not before being shot through the chest with an arrow. Without any useful information, Daryl puts another arrow in her, ending her life; much to the dismay of Judith who is struggling to come to terms with empathy in a world that’s so far gone. Obviously still reeling over her decision to encourage Michonne’s departure; Judith faces the question of “What if they had a family looking for them?” – Back at the compound, Beta is doing his best to look for where all the townspeople have gone; but only manages to find a cat and emptiness. Little does he know he’s being spied on and reported on every step of the way as our team try to guide him towards Oceanside. Unfortunately for our good guys, Beta’s instincts guide him true as he ‘has faith’ and is not led into the trap. He manages to catch two of our favorite characters before ending up at the hospital we are originally introduced to him in.

House of the Dragon Anthology: What Other Targaryen Stories Could Be Explored
Disney+ New Releases October 2022
Overwatch 2 Release Time: When Will the Free-to-Play Sequel Launch?
House of the Dragon Episode 8 Trailer: The Threat of War Looms
Gotham Season 4 Episode 17 Review & Reaction | AfterBuzz TV