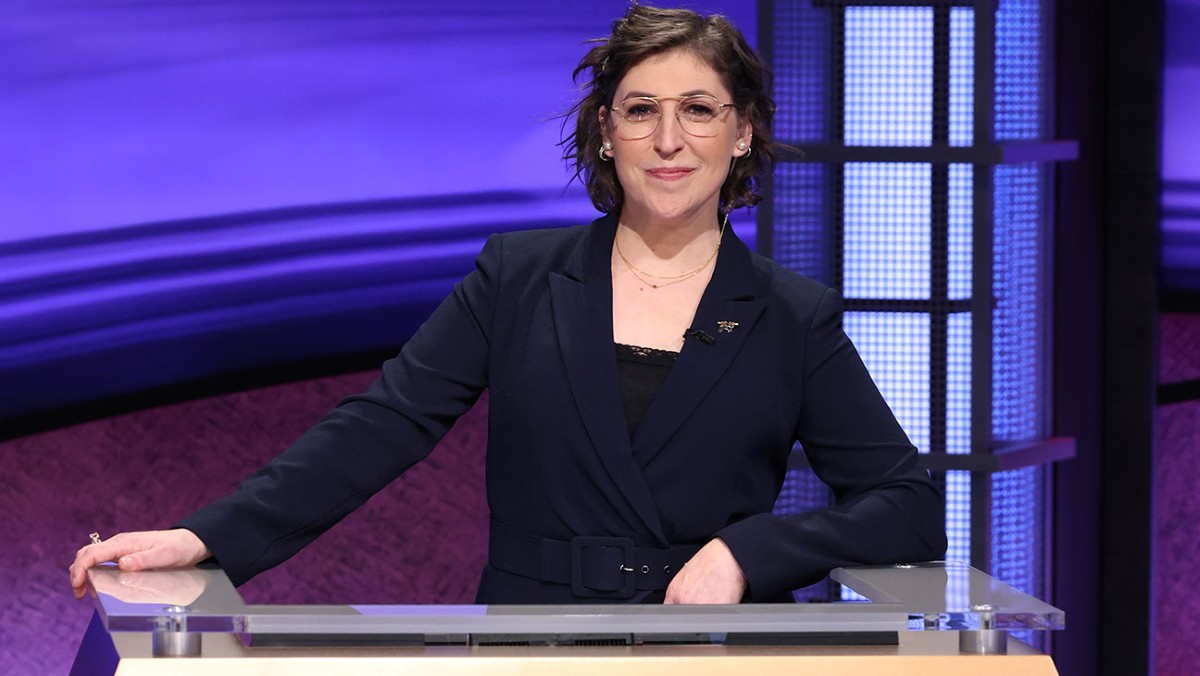 Believe it or not, non-Jeopardy! viewers, but Celebrity Jeopardy! is a real thing and not just a classic series of SNL skits.

America’s favorite quiz show has been inviting celebrities on to try their hand at trivia since its ninth season in 1992. And yes, like in the aforementioned SNL skits, the questions are usually a bit “dumbed down” from the usual games. Still, many celebrities over the years have revealed themselves to be secret brainiacs with their surprising performance on the grueling game. Comedians like Cheech Marin, athletes like Aaron Rodgers, and actors like Jane Kaczmarek have all brought home some serious money for their respective charities.

Now, in its 39th season (and it second after the death of iconic original host Alex Trebek), Jeopardy! is going to give Celebrity Jeopardy! another go. This time, however, the stakes and scopes are much greater. Instead of being isolated to only a week within Jeopardy!‘s regular programming, Celebrity Jeopardy! is getting the primetime treatment with a series of weekly standalone specials.

Mayim Bialik (who shares full-time Jeopardy! hosting duties with Ken Jennings) will act as host for this iteration of the celebrity competition. Celebrity Jeopardy! premieres Sunday, Sept. 25 at 8 p.m. ET on ABC. New hour-long episodes will premiere each week at that time on ABC and will be available shortly after on Hulu. What’s more is that Jeopardy! is utilizing the hour-long format to incorporate an unprecedented “Triple Jeopardy!” round, all culminating in a $1 million prize purse for the winner’s charity.

And who are those famous contestants vying for that prize money? Separate dispatches from the Jeopardy! Twitter account and an exclusive from Parade magazine have revealed the full roster of 27 participants. They are as follows:

Aisha Tyler and Andy Richter share an entry on this list because they are the only two contestants to have previously appeared on Celebrity Jeopardy! before. And not only have they previous competed on the show, both of them have won!

That previous Jeopardy! experience will help Tyler and Richter’s respective bids this year. But even without those previous runs under their belt they still would have been formidable contenders.

Marvel star Simu Liu just might be the biggest celebrity on this year’s tournament (he certainly is in Den of Geek‘s eyes). Beyond just his star power, however, he really might have what it takes to win this thing. Funny people usually fare well on Jeopardy! and Liu fits the bill there. I also have this harebrained theory (not backed up by statistics…yet) that Canadians always over-perform on Jeopardy!

Think about it: most Canadians have sufficient knowledge of U.S. history thanks to growing up next door and the general American cultural hegemony. Then they have the benefit of knowing all 13 Canadian provinces (which comes up more than you’d think on Jeopardy!) plus they likely have some education in British history and an understanding of the French language. Never sleep on a Canadian Jeopardy! contestant. Just ask Mattea Roach.

A deep understanding of geopolitics and current events always comes in handy on Jeopardy! Of all the celebrity contestants this year, none may be better equipped to exploit that that Hasan Minhaj. As a longtime Daily Show correspondent, former host of Patriot Act, and just generally well-read dude, Minhaj has all the right tools in place to win.

Stop me if you’ve heard this one before but B.J. Novak is a successful comedy writer who went to Harvard. Joke if you must about the Harvard Lampoon to sitcom writers room pipeline, but Novak undoubtedly picked up a thing or two from his elite institution of higher education. Not only that, but he has kept busy ever since his time writing for and acting on The Office. He has a wealth of experience in Hollywood from which he’s undoubtedly gained a diverse array of trivial knowledge.

The runaway success of Green Bay Packers quarterback Aaron Rodgers on Celebrity Jeopardy! proved that jocks can succeed in trivia competitions as well as anyone. If we went to find the next Rodgers (but hopefully with better vaccine takes), then our choices are Chicago Sky power forward or ESPN basketball analyst Jalen Rose. Of the two, I’ve got a good feeling about Parker.

Traveling (like from country to country, not the illegal basketball motion) usually plays well on Jeopardy! As a current professional athlete, Parker has traveled all over the country and has even in Russia during the WNBA offseason.

Back to Smallville: A New Superman Origin Story Targets a Younger Audience
13 MCU Theories That Were Too Good to Be True
Yellowstone Season 5 Trailer Breakdown: A First Look at Governor John Dutton
The Walking Dead Season 10 Episode 12 | AfterBuzz TV
GamesMaster: Before YouTube and Twitch, Sir Patrick Moore’s Floating Cyborg Head Was the Best in Gaming TV